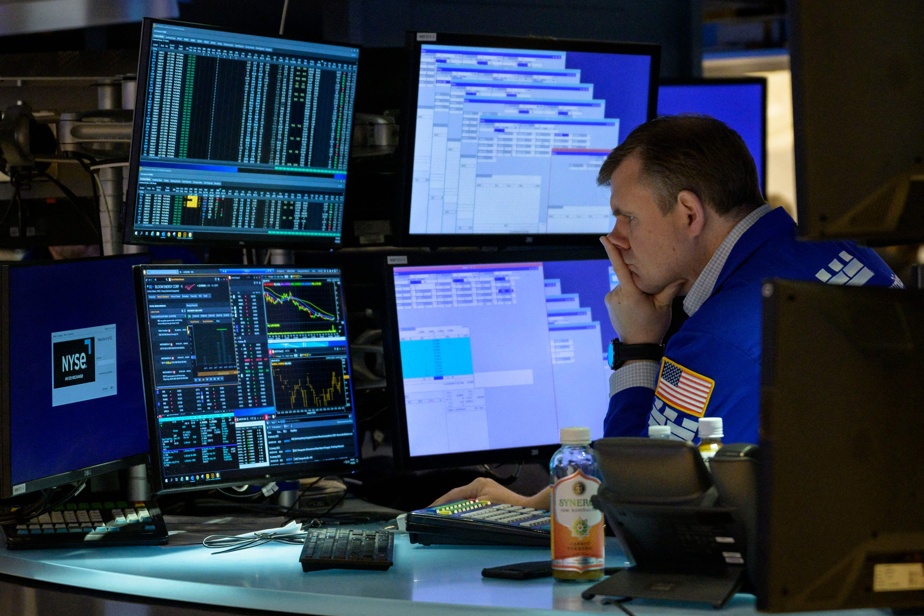 (New York) The New York Stock Exchange opened lower on Thursday, in the footsteps of the bad session the day before after disappointing American indices which raised fears of a recession.

Retail sales, a good barometer of U.S. consumption driving growth, fell 1.1%, the steepest decline in a year, pointing to a faster-than-expected slowdown in the economy. ‘economy.

“Equities appear to be heading in the same downward direction as the previous day in early trading as fears of recession and Federal Reserve (Fed) rate hikes weigh on investor sentiment,” Patrick said. O’Hare of Briefing.com.

On Thursday, another index, in the real estate sector, added to the gloom. Housing construction fell 1.4% in December over one month after already falling 1.8% the month before, a figure revised down sharply. In addition, a rebound is hardly in sight since building permits, which gives an idea of ​​future starts, are also down 1.6%.

The labor market, on the other hand, is not yet showing any obvious signs of slowing down, despite announced workforce reductions in the tech sector. Weekly jobless claims were lower last week at 190,000 (-15,000).

Paradoxically, this good news for the job market is less good news for investors, because a still buoyant labor market will not prompt the Fed to pause its rate hikes, which the market wants.

The day is also clouded by uncertainties regarding the debt ceiling reached on Thursday. A new standoff is under way between Republicans and Democrats in Congress to raise the country’s debt capacity.

The latest in a series of big names in technology cutting into their payroll like Amazon, Facebook or Salesforce, Microsoft says it reacts to changes in its customers’ priorities and to their “caution” in the face of recession risks.

Impacted by inflation, which slowed down its customers’ purchases in the second quarter, Procter & Gamble (P&G), a manufacturer of hygiene and personal care products, fell by almost 1%.

P&G posted revenue of $20.8 billion, down 1% from a year earlier. However, this is slightly above analysts’ forecasts.

This decline is explained by the drop in the volume of purchases, which fell by 6% overall, as consumers were put off by the increase of 10% on average in the prices of its products such as Gillette razors or Pampers nappies. .