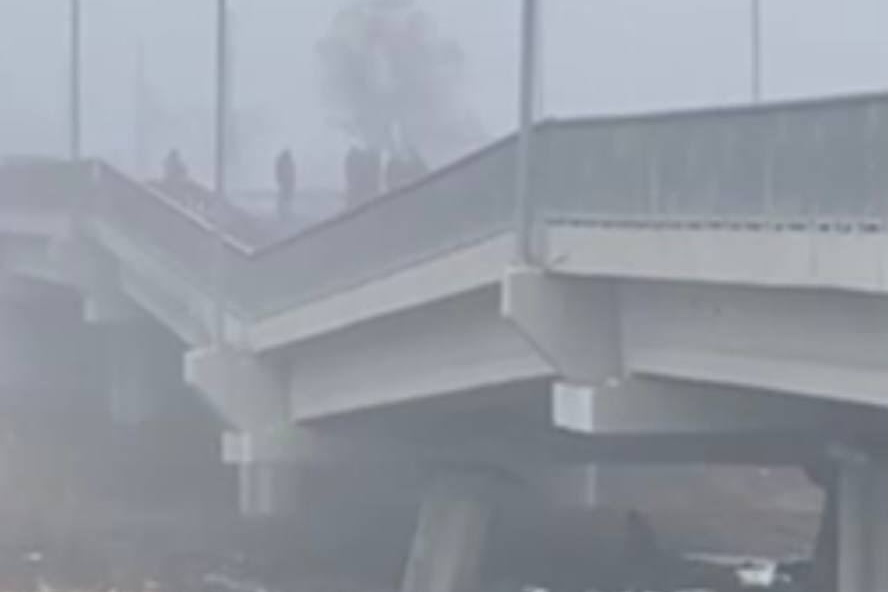 (Moscow) The Russian occupation on Tuesday accused forces loyal to Kyiv of having sabotaged a bridge at the entrance to Melitopol, the main occupied city of the Ukrainian region of Zaporizhia.

Acts of sabotage and targeted killings targeting the occupation authorities have increased in recent months in occupied southern Ukraine, which Kyiv has vowed to resume.

“The Konstantinovka bridge, in the eastern suburbs of Melitopol, was damaged by terrorists”, denounced on Telegram a Russian occupation official, Vladimir Rogov, reporting an attack “with explosives”.

He did not specify the extent of the damage, but the images he released show a collapsed section of the bridge.

According to him, this viaduct is used to supply the occupied areas of the Kherson and Zaparojjia regions, territories which form a land corridor linking Russia and Crimea, a Ukrainian peninsula annexed by Moscow in 2014.

Moscow claimed at the end of September the annexation of four regions of southern and eastern Ukraine, although it only partially controls them. Russian forces were forced into a humiliating retreat in November from the city of Kherson in the face of a Ukrainian counteroffensive.

On Monday, an official of the Russian occupation of the Kherson region was injured in the explosion of his car.