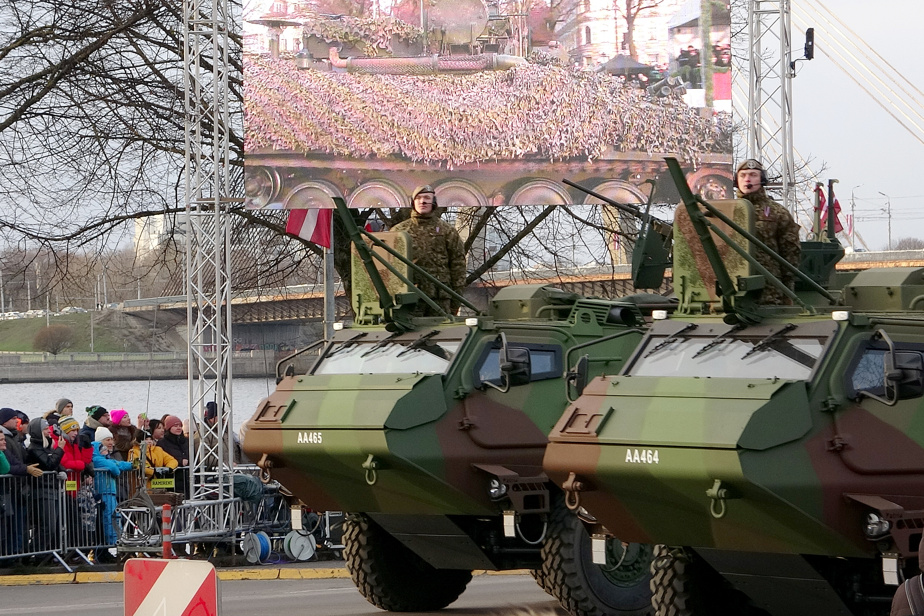 (Riga) All countries bordering Russia are currently in danger.

This is according to a senior defense official from Latvia, an allied country that Canada is currently helping to support militarily.

Following a strike that killed two people in Poland, a consequence of the war raging in Ukraine, Latvia is thus reminding us that, a little further north, it is also exposed to the Russian threat.

It shares 300 km of borders with its imposing neighbour, which annexed it twice by force in its history.

And this risk of being swallowed again “cannot be ruled out,” said the acting head of the Latvian army’s land component, Colonel Didzis Nestro, in an interview with The Canadian Press this week.

Canada is playing a leadership role in supporting this Baltic NATO member country.

No less than 1,200 soldiers from here are there and Canada in a way oversees the battle group of the reinforced forward presence in Latvia (GT eFP Latvia), a sort of deterrent and defense force for the NATO, based at Camp Adazi.

Because the small regular army of 6000 members of Latvia could not suffice.

“Since the Chechen war in the 1990s, all the wars that Russia has waged have been aimed at regaining its access points [du temps de l’URSS ou de la Russie tsariste auparavant] “, analyzed Colonel Nestro, in a modest office of an important military complex in the suburbs of Riga.

“So all the countries on Russia’s borders are in danger,” said the man who is also acting chief of staff for government affairs.

His country knows something about it, as it celebrated its independence on Friday with great fanfare.

Formerly a territory conquered by the Russian Empire, the Baltic country had to win its independence twice. Having become a state after the First World War, it was annexed by Stalin in 1939; then in 1991, during the disintegration of the USSR, it again proclaimed its independence.

“The risk of annexation has diminished since 1939, but it cannot be ruled out,” judge Colonel Nestro.

“That’s why we are allied with other states, in order to prevent an unpredictable situation, because Russia [Vladimir] Putin is unpredictable. »

Latvia does not hide its full support for Ukraine. Everywhere in Riga the Ukrainian flag is displayed, especially on official buildings, and there are even large illustrations paying homage to Ukrainians or denouncing the destruction of Mariupol.

The support remains the same despite the deadly incident this week, when a drifting missile believed to be Ukrainian killed two people in Poland, a NATO ally country.

Because fundamentally, “it is clearly because of the war that Russia is waging against Ukraine”, summed up the colonel.

The conflict has, however, contributed to alleviating the threat to the Baltic borders, even if Latvia maintains its level of vigilance and alert.

“The threat level has not changed, we are carefully assessing the situation. »

The war of attrition which has been going on since February has nevertheless clearly blunted the military capacities of Russia, which is stripping its units to lead them on the Ukrainian front.

All around Latvia there are Russian bases, sometimes less than 30 km away: there is an airborne division in Pskov, helicopters very close to the border, a motorized infantry brigade, Spetsnaz (Russian special forces ), mentioned the senior Latvian officer.

And the air and sea units on the Baltic still have their strike force.

Could an incident like the one in Poland hit Latvians?

“We are part of a collective defense with NATO,” explained the officer. We would have warning indicators, including air defense. »

But Latvia’s air defense system has a short range, 5-6 km, a “last resort”, and another system provided by Spain is medium range. It’s “also limited”, he admits, in a country that is barely a few hundred kilometers across its width.

All the same, Vladimir Putin “should think twice before attacking a NATO country”, because the treaty stipulates that if a member state is the victim of an armed attack, the other members consider themselves also attacked and retaliate.

“There is a low probability that it will happen today,” concludes Colonel Nestro. We are no longer in the situation of 1939.