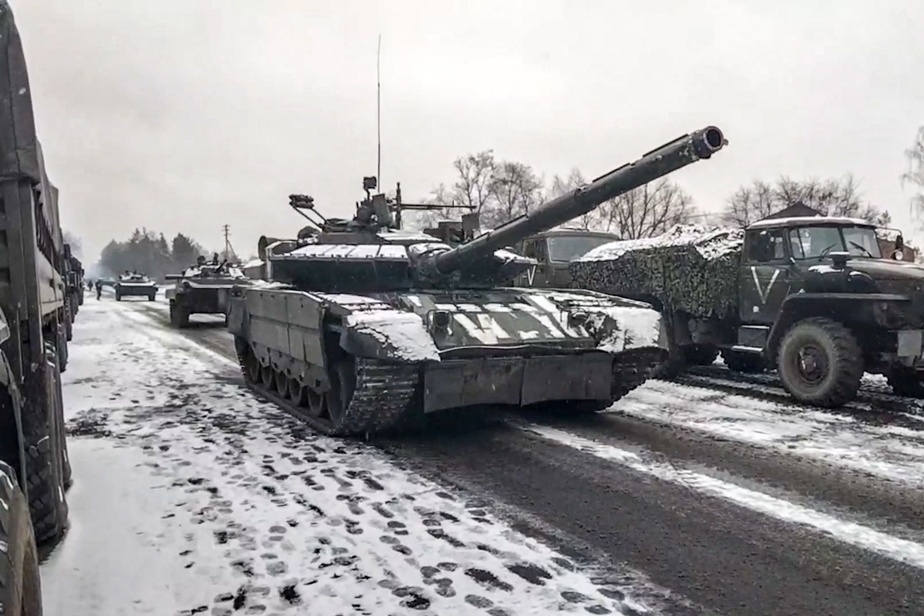 (Washington) Russia has sent to Ukraine almost all of the troops massed in recent months on the border between the two countries, the Pentagon estimated on Monday, which for its part dispatched 500 additional soldiers to Europe to strengthen the security of the country. NATO.

With the intensification of Russian operations, civilians are increasingly affected, and Moscow is now seeking to “recruit” foreign fighters, including Syrians, said the US Department of Defense.

But aside from advances in southern Ukraine, Russian forces “have not really made any noticeable progress in recent days”, spokesman John Kirby told reporters in Washington.

The United States had already deployed 12,000 troops to Europe since February in addition to those usually stationed there.

Over the weekend, US Secretary of Defense Lloyd Austin ordered the dispatch of 500 troops to several locations in Europe “to reinforce the US forces already there”, John Kirby said.

“These additional forces will be positioned to respond to the current security environment caused by the unwarranted Russian invasion of Ukraine, and to help bolster NATO’s deterrence and defensive capabilities,” including on its eastern flank. he added.

US President Joe Biden has clearly said that all these troops sent to Europe were absolutely not intended to be deployed in Ukraine or to take part in the conflict in this country. These are preventive deployments in NATO countries, of which Kyiv is not a member.

The US Defense spokesman said he now estimates that Russian President Vladimir Putin had “committed to Ukraine practically all the combat forces” massed in recent months on the Russian-Ukrainian border, more than 150,000 soldiers according to US estimates.

According to the Pentagon, Moscow is stepping up bombardments, missiles and air strikes to make up for the lack of ground advance.

“We think” that the Russian army “has problems with morale, supplies, fuel and food”, assured John Kirby, again referring to “strong Ukrainian resistance”.

He noted that the intensification of the bombardments against several towns had “an increasingly significant impact on the human toll for civilians” by destroying homes, churches, hospitals and schools.

“The result is that more civilians are killed and injured,” he said.

“Mr. Putin still has the choice to stop the escalation” and “find a diplomatic way out of the crisis and put an end to the invasion”, he insisted.

The concern now relates in particular to the fate of Odessa, a strategic port city on the shores of the Black Sea that the Russians are preparing to bombard, according to Ukrainian President Volodymyr Zelensky.

“We think the Russians want to take Odessa,” said a senior Pentagon official, without ruling out a possible amphibious attack supported by ground troops. But Washington has “at this stage no indication of a possible movement” on this front, he added.