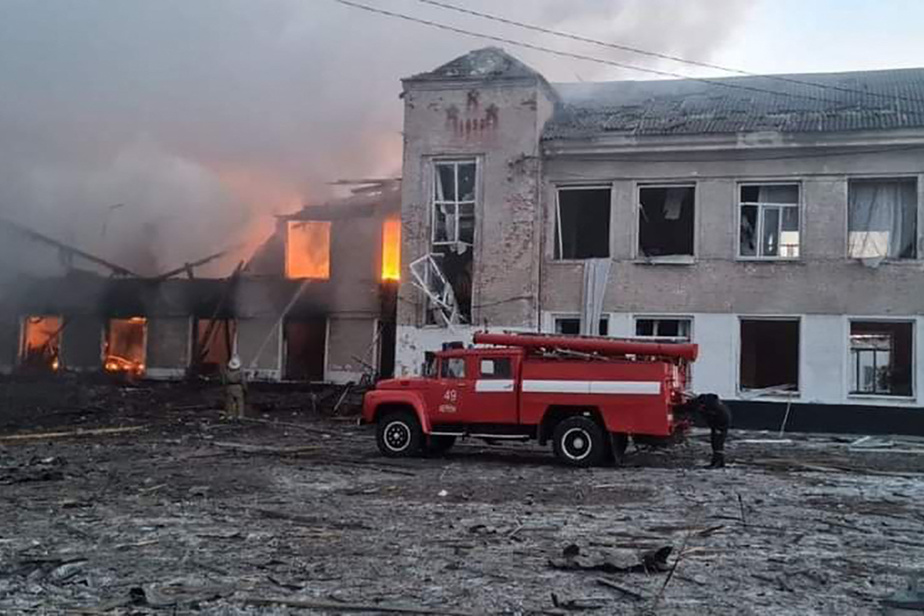 “Russian military fired artillery at the town of Merefa in the Kharkiv region around 3:30 a.m. (9:30 p.m. EST Wednesday) Thursday. A school and a cultural center were destroyed. 21 people were killed and 25 injured, 10 of whom are in serious condition,” the regional prosecutor’s office announced on Facebook.

The town of Merefa is located about thirty kilometers southwest of Kharkiv.

“The clearing of the rubble is in progress”, according to the Public Prosecutor’s Office, which published two photos of buildings gutted by explosions.

At least six people also died in the firing of cluster bombs in a village about fifty kilometers north of Kharkiv, Kozacha Lopan, also said the mayor of the neighboring village of Derguatchi, Vyatcheslav Zadorenko, on Facebook.

“The occupants bombed the station, shops, pharmacies and other civilian buildings in the center of the village,” he explained, adding that the military infrastructure had not been damaged.