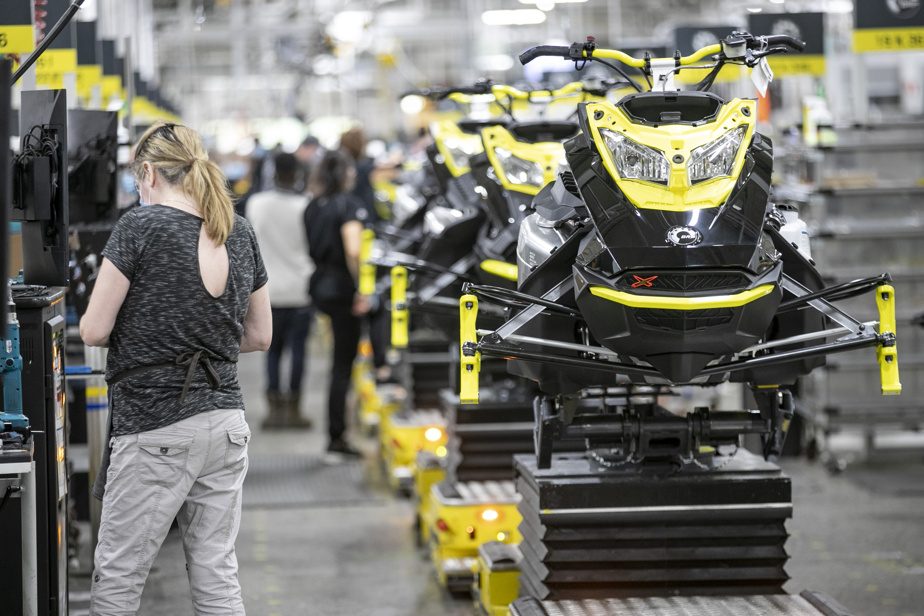 The Russians will have to do without Quebec snowmobiles, hockey jerseys and optical sensors. Three major local companies, BRP, SP Clothing and OpSens, confirmed Thursday to pause their exports in the wake of the invasion of Ukraine.

“Over the past few weeks and days, we have been following the situation in Eastern Europe very closely,” BRP senior media relations adviser Biliana Necheva said by email. Given the instability of the current situation and trade complexities, we are temporarily ceasing the export of our products to Russia. »

Bombardier Recreational Products (BRP), which produces the Ski-Doo, Sea-Doo and Can-Am, has been in Russia for about 30 years. This country was less than a decade ago its third largest market. The situation changed dramatically from 2014.

“Since the conflict in Crimea and the international sanctions that followed, BRP sales in Russia now represent less than 5% of our total sales,” explains Mr.me Necheva. BRP has an office in Saint Petersburg, around forty employees and a network of around one hundred dealerships.

According to a note published by National Bank Financial Markets, it is recalled that BRP’s Russian activities have a “relatively small” impact on the company, barely 1% of revenues.

As for SP Clothing, the world’s largest manufacturer of hockey jerseys, a supplier in particular to National League teams, international competitions and certain KHL teams in Russia, exports to the latter country have been stopped.

“For the moment, I have no orders this year, explained Steve Bérard, president and owner of the Granby company. Normally, we are in development, these are orders that arrive later this summer. I won’t produce anything, we won’t touch that: I asked the whole team not to launch a new project. »

At OpSens, a Quebec company that notably won a Russian contract for its fiber optic sensors in the oil industry in 2013, the importance of this country in activities in 2022 is minimized from the outset. 90% of sales are now in the medical field, says Louis Laflamme, CEO. “For us, Russia, it has no impact on the financial results. Obviously, we will follow the directives of the federal government, but we have no intention of making sales in Russia. In the current context, we will deploy our efforts elsewhere, for the medical part as for the industrial part. »

These three companies join others in Canada who have recently announced the suspension of their exports to Russia, including McCain Food and Canada Goose. Bombardier, for its part, announced that it would continue to sell its planes there, avoiding doing business with the customers personally targeted by the sanctions.

Others, such as Alimentation Couche-Tard, which moved into Russia in 2012 with the acquisition of 33 service stations, have not yet announced a decision in this regard. The company did not respond to requests from The Press.

On Wednesday, Canadian Prime Minister Justin Trudeau said he was open to offering financial compensation to Canadian companies that see their operations affected by the sanctions. According to Global Affairs Canada’s annual trade report, goods and services exported by Canada to Russia in 2020 reached $617 million, while imports totaled $1.2 billion. By comparison, Canadian exports to the United States, by far our largest customer, reached $361.5 billion that year.

Globally, the invasion of Ukraine has led major multinationals to leave Russia or suspend their operations there. Apple, Ford, Exxon and Boeing, among others, have recently made such announcements.