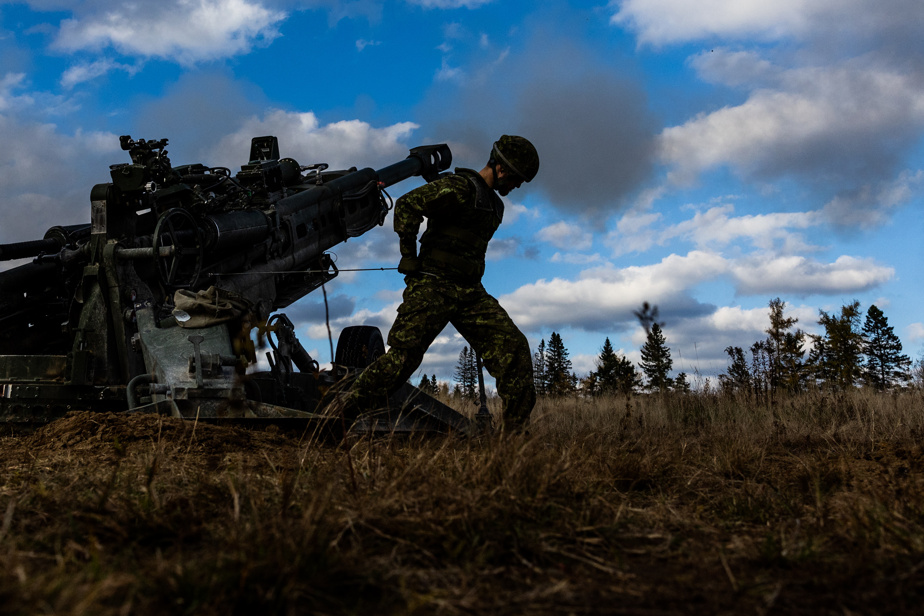 The Canadian Armed Forces deny supplying Ukraine with an ultra-precise and deadly shell capable of blasting a target like a high-ranking Russian officer from tens of kilometers away.

However, several media reported that Canada had supplied Excalibur shells to Ukraine. CBC quoted a military source to that effect in April. The French newspaper The world wrote it a few days ago.

But unlike the United States, Canada claims not to have given Kyiv any of its precious Excalibur, which have been gathering dust since the end of the Canadian deployment in Afghanistan.

“We can confirm that the Department of Defense and the Canadian Armed Forces have not donated 155mm Excalibur variant ammunition to Ukraine,” said Jessica Lamirande, National Defense spokesperson.

The Pentagon confirmed at the beginning of October the dispatch of 500 Excalibur shells to Ukraine. Kyiv has been asking for this shell equipped with a GPS guidance system for months.

Ultra-precise, it is compatible with 155 mm guns such as the M777 supplied by Canada to Ukraine. It can hit much further than ordinary shells – 40 km instead of twenty – with surgical precision. Once the shell is fired, an internal guidance system makes it possible to modify its trajectory as needed.

It was an American Excalibur that killed an al-Qaeda leader, Abu Jurah, and 14 other insurgents in Iraq in 2007.

“An Excalibur allows an M777 howitzer to destroy a tank, or another gun or a group of Russian soldiers with a single shot, whereas with conventional artillery you usually have to fire several shots,” explains Andrew Leslie in an interview. , former Chief of Staff of the Canadian Army.

These high-performance shells are relatively expensive, at around $150,000 apiece, but cost less than many missiles.

“The Excalibur is quite expensive, but you will destroy equipment that is worth much more than the shell. Then your howitzer doesn’t have to fire as many rounds and doesn’t have to change position as quickly,” adds Andrew Leslie, who was an army gunner himself.

These Excalibur therefore make it possible to transform the Canadian M777 howitzers sent to Ukraine into real rifles of sniper giants.

“My personal opinion is that this is exactly what the Ukrainians need,” notes Ryan Noordally, a non-commissioned officer in the British Royal Artillery and a keen observer of the artillery duel on the Ukrainian front.

“In conventional warfare, where mass plays a role, and attrition affects the potential outcome of the conflict, this combination of precision, low cost and ease of production is very attractive to Ukraine,” he adds in an email sent to The Press.

Canada had acquired its Excalibur during the Afghan conflict. National Defense was unable to say how many of these shells it still has in its possession. “It’s not a number that we have readily available, so it might take some time to track down,” notes Jessica Lamirande.

The spokesperson indicates that the decision not to send Excalibur to Ukraine was made “taking into account the operational needs of the Canadian Armed Forces”.

“We have been working closely with our allies since the very beginning of this conflict, to coordinate our resources and provide as much equipment and other supplies as possible to Ukraine,” added Mr.me Lamiranda.