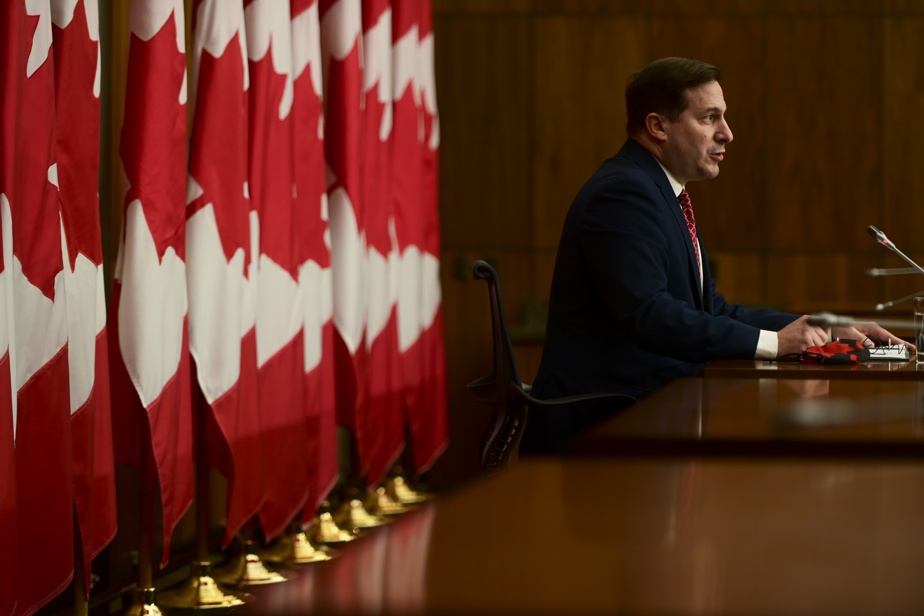 Mr. Mendicino says Canada is using all the tools at its disposal to detect Russia’s online deception and to weaken its impact.

In an interview, he said that Russia is a belligerent and hostile actor when it comes to spreading falsehoods in cyberspace, but he is confident that Canada, working closely with its allies, has the situation under control.

Mr. Mendicino warned that his government was preparing to retaliate against Russia in cyberspace so that Canada could support Ukraine’s fight against aggression by the military forces of Vladimir Putin.

“Canada and all of its allies remain on high alert for Russian retaliation in the form of disinformation and foreign interference,” the minister said.

On Wednesday, the Canadian Security Intelligence Service (CSIS) posted an update on Twitter on Russian-backed disinformation, which it monitors.

The watchdog agency, which monitors and decodes signals intelligence activities, including online activities, has revealed that Russia is spreading lies about Canada’s involvement in the Ukraine conflict using media outlets it control.

The Kremlin’s false narratives include doctored images of members of the Canadian Armed Forces in Ukraine and false allegations that Canadian soldiers are committing war crimes.

Mendicino said Canada is a world leader in combating these threats and, together with its allies, is using all the tools at its disposal to detect Russia’s online fraud and minimize its impact.

His remarks come after the government earmarked 28 million to counter state-sponsored disinformation, not only from Russia, but also from China, Iran and other foreign actors.

The minister believes that exposing lies – including Mr. Putin’s assertion that the invasion of Ukraine was intended to denazify the country – is a crucial first step in diminishing the impact of misinformation.

He added that Canada was working “very closely” with G7 partners and the “Five Eyes” – an intelligence alliance between Canada, the UK, Australia, New Zealand and the United States. United – to fight disinformation, which Mr Mendicino said was being used to weaken democracies around the world.

More than $13 million of the budget will be used to renew and expand the G7 Rapid Response Mechanism designed to detect and identify foreign interference and state-sponsored disinformation.

The funds will also help combat attempts to erode trust in government inside Canada and counter white supremacist groups and critics who spread lies and hatred against Jews, Muslims and other other minority groups.

The $10 million will be used to “coordinate, develop and implement whole-of-government measures designed to counter disinformation and protect our democracy.”

Mr. Mendicino warned that misinformation is being used by extremist groups, including white supremacists, to weaken trust in the Canadian government.

Critics stoke hatred by spreading lies about Jews, Muslims and other minority groups, he said, often targeting people who experience other injustices.

“One of the most pernicious aspects of misinformation is how it can lure people who may very well be tired and frustrated with a variety of things into a much more nefarious and extremist goal,” he said. -he.

Mr. Mendicino says tactics to deliberately mislead people and distort the truth were employed by leaders of the so-called “freedom convoy” which occupied the streets of downtown Ottawa for three weeks.

He said lessons to be learned from the blockade include “how disinformation has been used as a tactic to confuse people’s minds and diminish their faith in democracy”.

He said misinformation, which has been on the rise for years, is “dividing and polarizing”, although some of the lies circulating “sometimes seem absurd”.

The idea that Canada has become a dictatorship is as far from reality as it gets, “but these things have happened,” he says.

Mr Mendicino said the pandemic has created fertile ground for misinformation, which he called “a very deliberate campaign to spread things about vaccines”.

The minister said not only should lies be exposed, but the government must educate people so they can spot content designed to mislead them. According to him, social media platforms have a key role to play in disinformation.