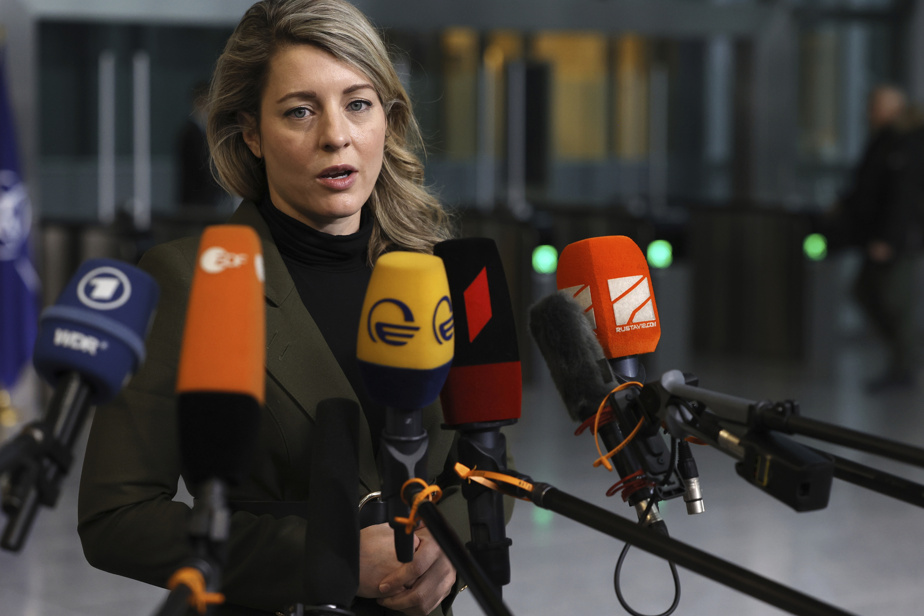 (OTTAWA) The foreign affairs minister told Indonesian leaders on Monday that Vladimir Putin and his foreign minister were out of place at the upcoming G20 summit, scheduled for Bali in November.

Mélanie Joly added, however, that Canada was committed to helping Indonesia save this G20 summit. Above all, the leaders were to discuss at this summit the recovery of a world economy hard hit by the COVID-19 pandemic – before a major war in Europe comes to scramble the agenda.

“Indonesia is in a difficult position because clearly the issue of Russia’s invasion of Ukraine has hijacked their (summit) agenda from the G20. So we want to make sure that we find a constructive solution for Indonesia,” Mr.me Joly in an exclusive interview from Jakarta.

The Minister had just met the Indonesian President, Joko Widodo, and the Minister of Foreign Affairs, Retno Marsudi. Canada had also just targeted the Russian defense industry in its most recent round of sanctions against Moscow.

Mme Joly announced that the new measures “impose restrictions on 33 Russian defense sector entities”, which “have provided direct or indirect support to the Russian military and are therefore complicit in the pain and suffering resulting from the Vladimir Putin’s senseless war in Ukraine”.

From Jakarta, Mme Joly said she would not share a meeting table with her Russian counterpart, Sergei Lavrov. Prime Minister Justin Trudeau recently said the same about President Putin.

US President Joe Biden has said that Russia should be kicked out of the alliance of 20 countries (G20), but if Indonesia or other countries don’t agree, Ukraine should be allowed to leave. participate in this 17and Mountain peak.

The G20 is an expanded version of the G7: it includes non-democratic countries like Russia, China and Saudi Arabia, and other major economies like India and Brazil. These countries did not criticize the invasion of Ukraine by Vladimir Putin’s troops.

The G20 is the main multilateral forum for discussing the global economy. Mr. Trudeau said that President Putin has no place at the G20 table because his invasion is responsible, precisely, for harming the world economy.

Mme Joly did not say on Monday what kind of compromise could be found to make Indonesia’s life easier as G20 chair this year, as the minister echoed Trudeau’s criticism of Russia’s participation in the the economic alliance.

“The G20 is about economic growth. And we want to do everything in our power to make sure there is absolutely no economic growth for Russia, she said. My goal is to make sure I’m not sitting at the same table as Lavrov, nor the prime minister (with Putin). »

The new sanctions announced by Ottawa on Monday include asset freezes and transaction bans for 33 entities, including the Moscow Institute of Physics and Technology, Integral SPB and Shipyard Vympel JSC.

Russia claimed on Monday that it had destroyed several Ukrainian air defense systems in a bid to gain superiority in the air and launch a new push into the east of the country.

The mayor of Mariupol, a key southern port that has been attacked and surrounded for more than a month, said on Monday that more than 10,000 civilians had been killed in the Russian siege and that the death toll could exceed 20,000 a once all the bodies have been recovered and counted.

Mme Joly mentioned that it was “fundamental” for Ukraine to receive more weapons from its Western allies, including more air defense capability to “not only win the war, but also save lives”.

“Our goal is to announce sanctions every week and coordinate with our allies,” she added. “There will be more sanctions, so it’s not the end. We have to make sure that we shut down Putin’s war machine and that is exactly why we are targeting the defense sector. »

In a late-night video message on Sunday, Ukrainian President Volodymyr Zelensky asserted that Russia’s aggression “was not meant to be confined to Ukraine alone: ​​the whole European project is a target “.

“That is why it is not only the moral duty of all democracies, of all forces in Europe to support Ukraine’s desire for peace,” Zelensky said.

With information from The Associated Press