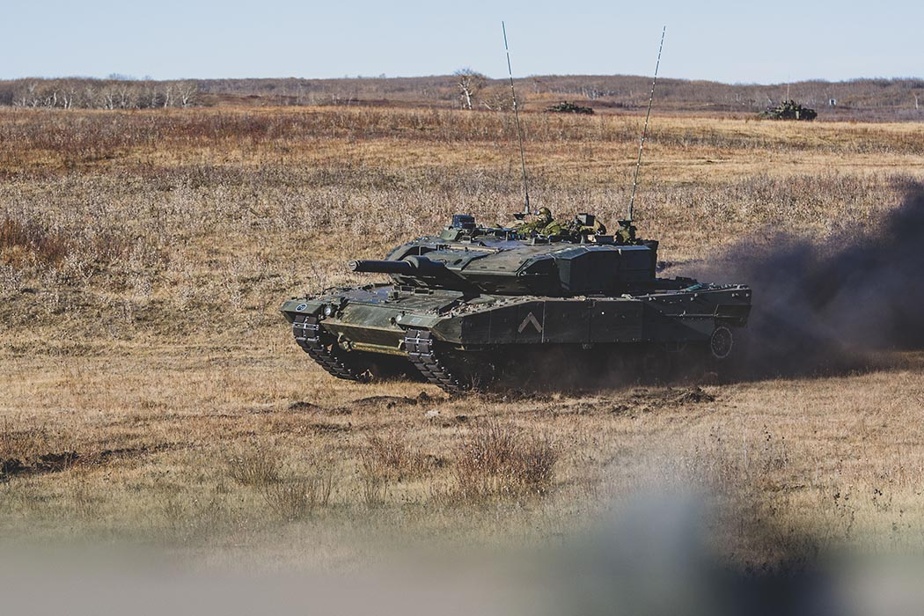 (Ottawa) Now that Germany has agreed to pave the way for the export of Leopards, Canada seems to be preparing to ship some of its own. The Trudeau government has not yet officially made a decision, but it plans to send less than a dozen tanks.

“The decision has not been made yet, but we would probably send less than 10 tanks,” said Wednesday to The Press a Canadian government source who requested anonymity, not being authorized to discuss this issue publicly.

At Globe and Mailthere was talk of four or five tanks, again on the basis of information from a high-ranking government source.

The latest news is that Canada has not asked Germany for permission to ship its Leopard 2s to Ukraine — there are 112 in total, including 82 combat tanks, in the Canadian arsenal — according to what was said on Wednesday morning at The Press a spokesperson for the German Embassy in Canada.

Any country wishing to export German-made cars must obtain permission from Berlin.

Prime Minister Justin Trudeau pleaded Wednesday morning that he had nothing to announce at this time, but he and his Minister of Foreign Affairs, Mélanie Joly, have quite clearly opened the door to sending heavy tanks to Ukraine.

“We recently sent 200 armored vehicles to Ukraine. We also participated in the new anti-aircraft defense system. There is still a lot to do. And we will do more, ”said the head of Canadian diplomacy on Tuesday.

Another government source who requested anonymity told The Press that Canada was stepping up its efforts with allied countries in order to convince as many people as possible to take part in this effort to support Ukraine before a new Russian offensive in the spring.

Tanks from Berlin and Washington, waiting for the others

Under pressure for several days, German Chancellor Olaf Scholz on Wednesday gave his agreement to the supply of Leopard 2 to Ukraine.

The German government had previously decided in the Council of Ministers both to send 14 Leopard 2 type 2A6 from the stocks of its army, the Bundeswehr, and to authorize its Western allies with these German-made armored vehicles to do the same. .

At the same time, the United States announced the delivery of 31 Abrams, also heavy tanks. “This is not an offensive threat against Russia,” US President Joe Biden said on Wednesday.

Norway has also promised Ukraine Leopard 2s. According to several media, the coalition of countries ready to provide such armored vehicles also includes Denmark and the Netherlands, in addition to Poland and Finland. Spain has confirmed that it is “willing” to deliver tanks as well.

The United Kingdom has committed to delivering 14 Challenger 2 heavy tanks.

Ukrainian President Volodymyr Zelensky applauded the Westerners’ decision, but he also seemed to want to up the ante, this time demanding long-range missiles and fighter jets.

The reaction was obviously icy in the Kremlin. “It is an extremely dangerous decision which will bring the conflict to a new level of confrontation”, in particular lambasted the Russian ambassador in Berlin, Sergei Netchaev.

“This convinces us once again that Germany, like its closest allies, does not want a diplomatic solution to the Ukrainian crisis and wants a permanent escalation,” he said. declared in the same breath.