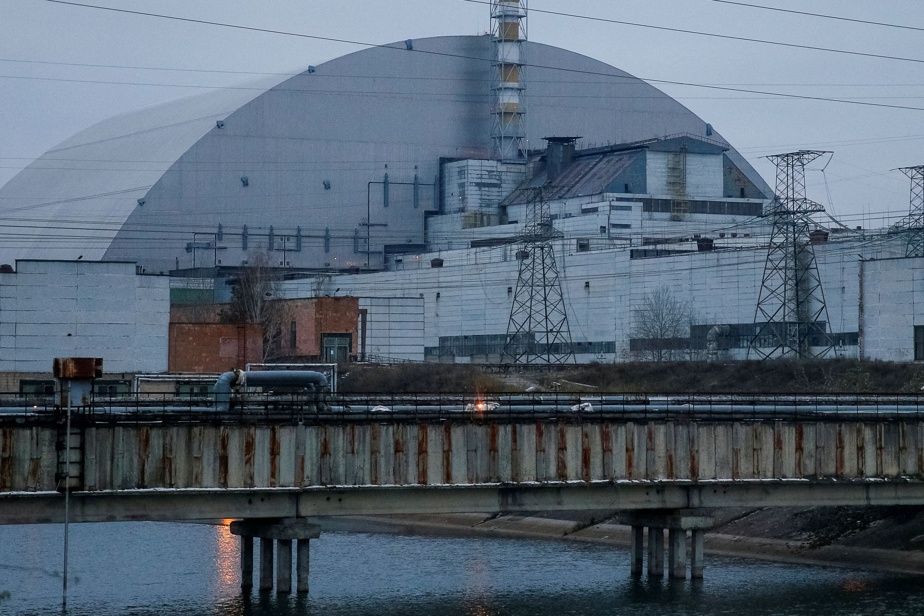 (Kyiv) Ukraine on Monday accused the Russian military of again cutting off the power supply to the Chernobyl nuclear site and detonating munitions near a reactor in Zaporozhye, with the two plants under control from Moscow.

The Ukrainian authorities had indicated the day before that they had restored the power supply to the former Chernobyl power plant, which still needs energy to ensure the optimal safety of the fuel assemblies stored on site.

“But before the power was fully restored, the occupation forces damaged it again,” the site’s Ukrainian operator Ukrenergo posted on Facebook on Monday.

Concretely, Ukrenergo affirms that its technicians had repaired a high voltage line supplying the Chernobyl site and the city of Slavoutitch. This line having again been damaged, according to this source, other employees will have to return to the site to “repair this new damage”.

“A stable power supply will prevent a repeat of the Chernobyl disaster,” Ukrenergo argued.

For now, Moscow has not responded to this accusation. After the announcement of the first power cut by Kyiv, Russia denounced a Ukrainian “provocation”.

Reactor number 4 at the Chernobyl power plant exploded in 1986, causing the worst civilian nuclear disaster in history. It is covered with a double sarcophagus, one built by the Soviets and now damaged, the other, more modern, inaugurated in 2019.

The plant’s other three reactors were gradually shut down after the disaster, the last in 2000.

A system powered by electricity is nevertheless still necessary to cool the 20,000 fuel assemblies stored in the site’s pool.

Given the time that has elapsed since the 1986 accident, “the thermal load of the swimming pool and the volume of the cooling water are sufficient to ensure efficient evacuation of heat without electricity”, had estimated on March 9 the International Atomic Energy Agency (IAEA).

The Ukrainian nuclear agency Energoatom for its part accused the Russian military on Monday of having detonated munitions near a reactor at the Zaporozhye nuclear power plant in southern Ukraine, bombed on March 4 and occupied since by Russians.

During these explosions, which took place near the ruins of the training center and reactor number 1, “staff had to leave their workstations”, writes Energoatom on Telegram.

The agency did not immediately have information on the level of radioactivity at the site after these explosions.

Energoatom claimed that eleven representatives of the Russian nuclear agency Rosatom are currently on site and that they are “participating” in these acts.

“The Russian agency is violating all the rules and requirements of international nuclear security”, accuses Energoatom, calling on the IAEA to act to avoid “a catastrophe that Russia is preparing for the whole planet”.

Russian tanks had fired on March 4 at the Zaporozhye power plant, causing a fire and raising fears of a disaster.

With six Soviet-designed VVER-1000 reactors, the plant, inaugurated in 1985, has a total capacity of almost 6,000 megawatts, enough to supply electricity to around four million homes.

In normal times, the site produces a fifth of Ukraine’s electricity and almost half of its nuclear energy.