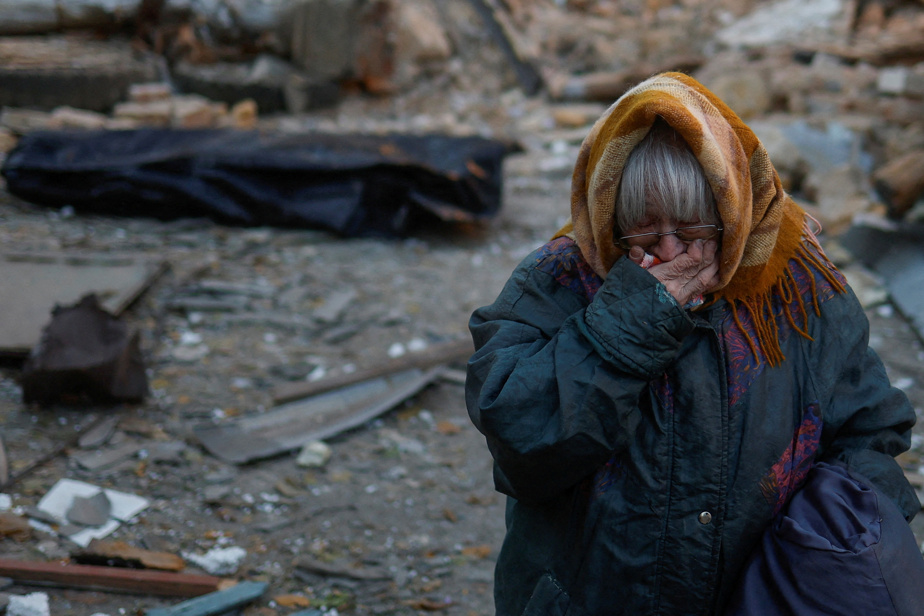 (Kyiv) The supply of water and electricity was restored Tuesday in the Ukrainian capital, Kyiv, the day after Russian bombardments on essential infrastructure, which had caused massive cuts.

Russia has been stepping up drone and missile strikes against water and electricity systems in Ukrainian cities since early October, prompting authorities to impose restrictions in places as a harsh winter approaches for Ukrainians.

The supply “has been fully restored”, said the mayor of Kyiv Vitali Klitschko, while nearly 80% of the capital’s inhabitants were without water and 350,000 homes without power.

Scheduled power cuts will however continue in the capital “because the deficit of the electrical system, after the barbaric attacks of the aggressor, is significant”, warned Mr. Klitschko.

Anti-aircraft sirens sounded again in the city on Tuesday morning. According to the Ukrainian army, Russia on Monday launched 55 cruise missiles, 22 S-300 anti-aircraft missiles and combat drones in a wave of strikes across the country, very often targeting energy infrastructure.

These strikes were among “the most massive on our territory by the Russian army”, accused Tuesday an adviser to the Ukrainian presidency, Oleksiï Arestovych.

He nevertheless welcomed the improvement in Ukraine’s air defenses, thanks to which “the destruction was not as bad as it could have been”.

The Russian army on Tuesday welcomed its strikes the day before, which “considerably disrupted the management and logistics of the Ukrainian armed forces”.

Russian strikes in October destroyed about a third of electricity capacity as winter approached, according to Ukrainian authorities, who urged people to reduce energy consumption as much as possible.

The Russian occupation authorities of the Kherson region in southern Ukraine, for their part, have announced new evacuations of the inhabitants of this city, where Moscow troops are preparing for an upcoming Ukrainian offensive.

“We will resettle and transfer up to 70,000 people” who are currently in a strip 15 kilometers deep to the east on the left bank of the river, said the governor installed by Moscow in Kherson, Vladimir Saldo.

Ukraine denounces these evacuations as a “deportation” of the inhabitants of the region.

According to Mr. Saldo, the evacuation of this strip would also allow the Russian army to set up a “defense in depth to repel the Ukrainian attack”.

Elsewhere on the front, the Ukrainian presidency reported Russian drone attacks in the Poltava and Dnipropetrovsk regions in the center of the country, and missiles on several other localities.

Five civilians have been killed and nine injured in the past 24 hours in Ukraine, according to Deputy Head of the Presidency Kyrylo Tymoshenko.

In Bakhmout, one of the hotspots on the front in eastern Ukraine, AFP journalists have witnessed artillery fire as fighting for this city with little strategic value has raged for more than four month.

“It’s total war. Total, because we use everything,” said the sergeant in the name of “Petrokha”, evoking an intensity not seen since the Second World War.

The Russian army, for its part, accused Ukraine on Tuesday of having fired “more than twenty shells” at the Zaporizhia nuclear power plant, the largest in Europe, which Moscow occupies, and the neighboring town of Energodar.

On the economic front, consultations multiplied on Monday between Russian and Turkish officials after Moscow’s decision to suspend the agreement on Ukrainian grain exports, vital for global supplies.

Russia justified this decision by a Ukrainian attack having targeted its fleet in annexed Crimea. Kyiv for his part denounced a “false pretext” and assured that he was ready to continue exports.

Three new grain cargo ships left Ukraine’s ports on Tuesday morning and were heading for the Black Sea humanitarian corridor, according to the Istanbul-based coordination center overseeing such exports.

Moscow also again accused Britain on Tuesday of having “directed and coordinated” the explosions that damaged the Nord Stream 1 and 2 gas pipelines in the Baltic Sea in September. London immediately dismissed these accusations.