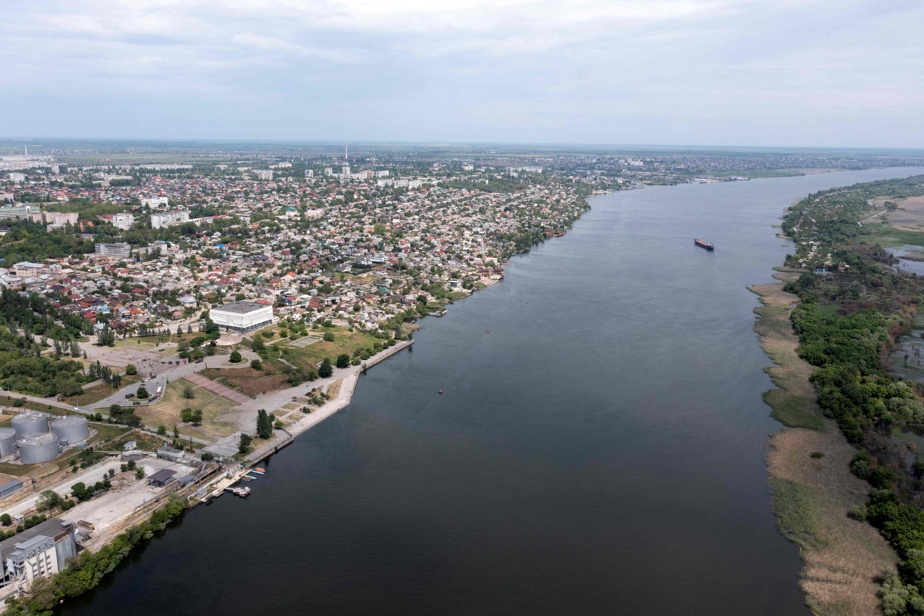 (Moscow) Russia on Wednesday suffered another major setback in its assault on Ukraine by resolving to withdraw its forces from Kherson, a regional capital in southern Ukraine targeted by a counter-offensive by the Kyiv army.

This withdrawal, decided after the displacement of some 115,000 inhabitants of the Kherson region by the Russian occupation forces, sounds like a crushing defeat for Moscow, already forced to abandon the Kharkiv region (northeast) in September.

It also intervenes when Vladimir Putin had precisely ordered on September 21 the mobilization of some 300,000 reservists to consolidate the Russian lines. Tens of thousands of them are already in combat zones.

“Proceed with the withdrawal of troops,” said Russian Defense Minister Sergei Shoigu during a televised meeting with the commander of Russian operations in Ukraine, General Sergei Surovikin, who had just made the recommendation while admitting that it was a “not at all easy” decision to make.

The symbol is all the stronger since Kherson was the only regional capital conquered by Russian forces, in the early days of their offensive in Ukraine, and was part of the areas of Ukraine for which Russian President Vladimir Putin had claimed control. annexation by Moscow, end of September.

The Ukrainian presidency, for its part, indicated on Wednesday evening that it saw at this stage “no sign” of the withdrawal of Russian forces from Kherson.

Concretely, Mr. Shoigu ordered the Russian fighters to withdraw from the right (west) bank of the Dnieper, where the city of Kherson is located, to establish a line of defense on the left (east) bank of this river. which represents a natural obstacle.

The Kremlin postponed this humiliating withdrawal as long as possible, but the situation had become increasingly difficult for its forces against a Kyiv army equipped with modern armaments delivered by its Western allies.

The Kherson region is all the more strategic as its territory borders Crimea, the Ukrainian peninsula annexed by Moscow in 2014.

General Surovikin, before proposing the withdrawal, had justified the withdrawal by his desire to protect the lives of Russian soldiers, and accused the Ukrainian forces of bombing civilians.

“We think above all of the life of every Russian soldier,” he said, while ensuring that the Russian army “successfully resists Ukrainian assault attempts”.

Since the annexation announced at the end of September by the Kremlin of four areas of Ukraine, including the Kherson region, Moscow considers these territories as part of its national soil.

However, Mr. Putin warned that Russia would defend “by all means” what it considers to be its territory, other senior Russian officials explicitly brandishing a possible recourse to nuclear weapons.

General Sourovikine also announced on Wednesday that the occupation authorities had carried out in recent weeks the “evacuation” of 115,000 people from the right bank to the left bank of the Dnieper.

Ukraine denounced these displacements of population, qualifying them as “deportation”.

Another sign of the chaotic situation in Kherson, a senior official of the Russian occupation, Kirill Stremoussov, died Wednesday, according to local authorities in a road accident.

Mr Stremoussov was one of the staunchest supporters of Moscow’s annexation of Kherson, and his death comes after several Russian occupation figures met a violent end across Ukraine.

Before the announcement of this withdrawal, the Russian occupation forces had announced that they were preparing for a defense in depth on the left bank of the Dnieper.

As the Russian offensive soon enters its ninth month, the West has continued to reaffirm its military, logistical and financial support for Kyiv.

The European Commission on Wednesday proposed to the twenty-seven member countries to grant Ukraine aid of 18 billion euros for 2023, in the form of loans.

Ukrainian President Volodymyr Zelensky hailed EU “solidarity” as Kyiv worries about weakening US support after US midterm elections still uncertain, even if the White House assured that its support would be “infallible”.

The head of NATO, Jens Stoltenberg, also wanted to be reassuring towards Kyiv.

“It is absolutely clear that there is strong bipartisan support in the United States to continue support for Ukraine, and that has not changed,” he told reporters on Wednesday. of a meeting with British Prime Minister Rishi Sunak in London.

The Kremlin estimated in this regard that relations between Moscow and Washington would remain “bad” regardless of the outcome of the election held on Tuesday.