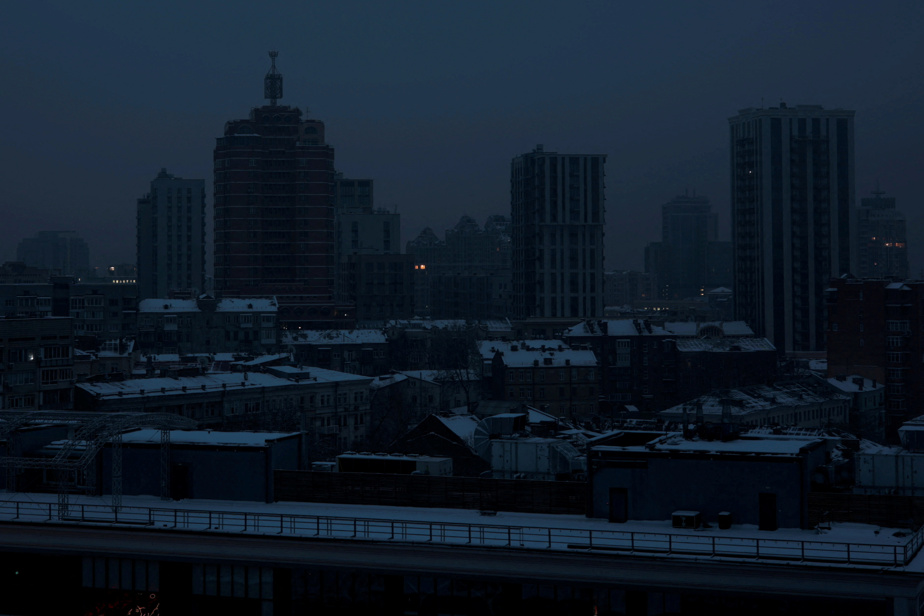 (Kyiv) Ukraine, including its capital Kyiv, was largely without electricity and running water on Thursday, the day after another massive Russian strikes aimed specifically at energy infrastructure, and as winter set in installed.

Nine months to the day after the start of the Russian invasion, millions of Ukrainians will therefore spend the day without electricity and in the cold, even if the authorities hope for an improvement in the situation before the return of night.

The three nuclear power plants under Kyiv’s control have been reconnected and must in the evening again supply homes without power, but also water distribution systems.

These are the Khmelnytsky and Rivne power stations (west) and that of Pivdennoukrainsk (south), which were disconnected by the automatic protection system following the Russian strikes which hit a number of Ukrainian electrical installations.

“If there are no new strikes, we will be able to significantly reduce the lack (of electricity) in the energy system by the end of the day,” said Energy Minister German Galushchenko. , quoted in a press release.

Across the country, “the situation is generally difficult”, but in some regions, “the supply of electricity has already increased”, he assured, noting that “critical infrastructure across the country” had could be reconnected.

According to the Ministry of Energy, these strikes left “the vast majority of consumers” without electricity in the country, which had around 40 million inhabitants before the start of the Russian invasion on February 24.

According to the Ukrainian Air Force, Russia fired about 70 cruise missiles at Ukraine on Wednesday, 51 of which were shot down. These strikes targeted key energy infrastructure, already damaged by several waves of such bombings.

Faced with a series of military setbacks that forced it into humiliating retreats this fall in northeastern and southern Ukraine, Russia opted in mid-October for regular and massive strikes on the energy installations of his neighbour, as winter sets in.

“With temperatures below zero, several million people without energy supply, without heating and without water, it is obviously a crime against humanity”, castigated Mr. Zelensky, during a meeting of urgency that he himself had called for.

Russia claims to target installations directly or indirectly linked to the Ukrainian army, and considers that the Kyiv authorities alone are responsible for the suffering of the Ukrainian population, as they resist Russian forces.

In Kyiv, the capital which is currently experiencing temperatures around 0 ° C, around 70% of the population remained without power Thursday morning.

Mayor Vitali Klitschko assured that “energy companies are making every (possible) effort to restore electricity as quickly as possible”.

Running water had returned to the left bank of Kyiv on Thursday morning, and authorities hope to be able to do the same on the right bank during the day.

The rest of the country was also largely affected by the cuts.

In Kharkiv, the country’s second city on the border with Russia, “electricity supply problems” continue to torment the civilian population, according to Governor Oleg Synegoubov.

In the central Poltava region, the same is true. But “in the hours to come, we will supply energy to critical infrastructure and then to the majority of homes,” promised regional leader Dmytro Lounin.

Further south, in the Dnipro region, the “situation remains complicated”, according to its leader.

Another direct consequence of the Russian strikes, Moldova, already plagued by major energy problems caused by the war in Ukraine, was also the victim of massive power outages on Wednesday.