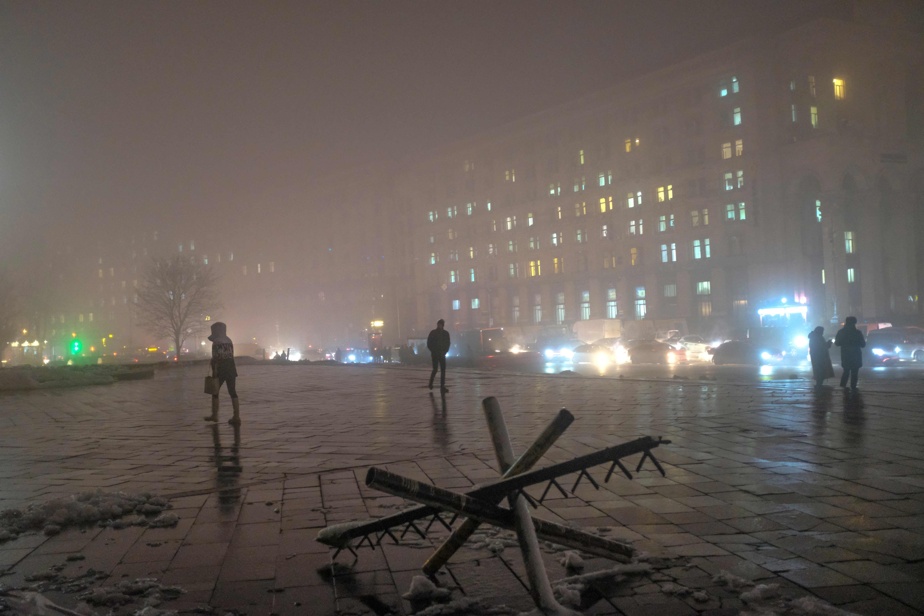 (Kyiv) Almost half of the inhabitants of Kyiv were still without electricity on Friday, two days after Russian strikes once again targeted critical infrastructure, depriving millions of Ukrainians of power in winter temperatures.

This strategy by Moscow to bomb energy infrastructure, carried out since October against the backdrop of military setbacks, has been denounced as “war crimes” by Kyiv’s Western allies and as a “crime against humanity” by Ukrainian President Volodymyr Zelensky.

After the massive Russian strikes on Wednesday, Ukrainian engineers continued Friday to repair the damage, while millions of inhabitants spent the day Thursday without power, especially in Kyiv.

“A third of Kyiv’s homes already have heating, specialists continue to restore it in the capital. Half of the users are still without electricity,” said the mayor of the capital, Vitali Klitschko.

“During the day, the energy companies plan to connect electricity for all users on an alternating basis,” he promised, as temperatures approached zero degrees with rain.

The chairman of the board of directors of the national electricity operator Ukrenergo, Volodymyr Kudrytsky, estimated that the Ukrainian energy system had now “passed the most difficult phase” after the attack.

“After the Russian bombings, the energy system was torn to pieces, but it was restored in 24 hours,” said an adviser to the presidency, Mykhaïlo Podoliak.

“Yes, it’s a difficult situation and yes, it can happen again. But Ukraine can deal with it,” he added on television.

Faced with these massive Russian bombardments, Ukraine received anti-aircraft defense systems from the West, but it would need more to ward off the missiles and drones fired by Moscow.

“The UK stands with Ukraine,” said Cleverly, whose visit comes less than a week after Prime Minister Rishi Sunak’s visit, when he had already announced military aid of nearly 60 million euros.

Thursday’s power cuts had forced a veterinary clinic in northern Kyiv visited by AFP to operate on a dog in darkness.

“We were in the middle of an operation and the lights went out because a rocket fell nearby, so there was a power cut. I had to complete the operation under the light of flashlights,” said chief medical officer Oleksiy Yankovenko.

In her apartment in the capital, where the gas for cooking and heating has been disconnected, Albina Bilogoub explained that her children now all sleep in one room to keep warm.

“It’s our life. A sweater, then a second, a third. We live like this now,” she said.

On Friday, AFP journalists saw lines of cars waiting for fuel outside several gas stations in Kyiv and mobile phone networks were still disrupted in some neighborhoods.

Russia, for its part, claims to target only military infrastructure and has blamed the power cuts on the Ukrainian anti-aircraft defense. The Kremlin assured that Ukraine could end the suffering of its people by accepting Russian demands.

On the front, fighting continued in several areas. A Russian strike on Thursday evening on the southern city of Kherson, from which Moscow troops withdrew two weeks ago, left 11 dead and nearly 50 injured, according to the Ukrainian presidency.