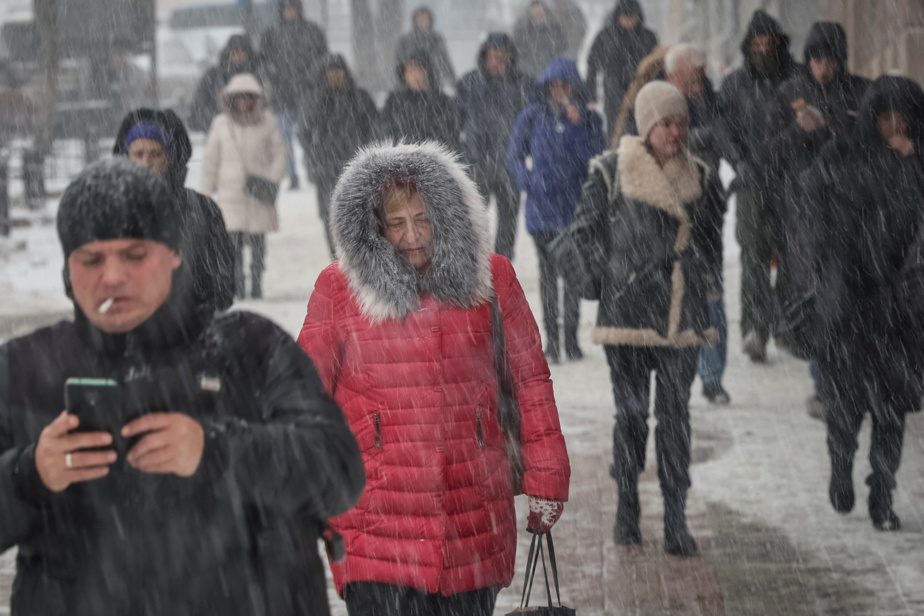 (Paris) The international conference in support of Ukraine, organized in Paris, has made it possible to garner more than a billion euros in donations to help the population to spend the winter in a country whose infrastructure has been ravaged by the attacks Russians.

This is more than the 800 million demanded by Ukrainian President Volodymyr Zelensky at the opening of this meeting which was called “Solidarity of the Ukrainian people”.

“I am happy to announce that we have exceeded this figure,” announced the head of French diplomacy Catherine Colonna alongside Ukrainian Prime Minister Denys Chmygal.

Mme Colonna hammered that the countries could not “leave alone” the Ukrainians, and insisted on the fact that these donations were dedicated to “concrete” aid such as the delivery of electric generators while for several weeks the Russian army specifically targets energy infrastructure, depriving populations of light and heating.

Mr. Chmygal reported that 40 to 50% of the Ukrainian energy network had been destroyed by Russian bombardments.

But thanks to this aid, “our country will not sink into the dark”, reacted Mr. Chmygal, welcoming the “powerful signal” of support for Ukraine from the “civilized world”.

He also affirmed that “France and President (Emmanuel) Macron have taken the lead on President Zelensky’s points of preparation for peace” Zelensky, reiterated on Monday, while several statements by Emmanuel Macron deemed too complacent with Russia have bristled some European officials.

The Kremlin dismissed the Ukrainian peace plan on Tuesday, responding that Kyiv must cede the territories which Russia claims should be annexed before any diplomatic negotiations, while fighting and bombardments continue, as in Kramatorsk for example, whose center- city ​​and industrial zone were hit on Tuesday, according to Ukrainian authorities.

Of the billion euros announced on Tuesday, 415 million will be allocated to the energy sector, 25 million for water, 38 million for food, 17 million for health, 22 for transport, the rest, nearly 493 million euros, not yet being broken down, said the French minister.

After the Lugano, Warsaw and Berlin conferences in recent months, this meeting, which brought together 70 delegations from countries and international organizations, including several heads of government, was intended to be “practical-practical”, Emmanuel Macron explained at the opening, in the presence of Mr. Zelensky’s wife.

“What is very important to us is the high voltage equipment […]because they are among the most popular targets” for the Russians, Ukrainian Energy Minister German Galouchchenko told AFP.

“Russia, whose military weaknesses have come to light, has opted for a cynical strategy”, lamented Mr. Macron, repeating that these strikes constituted “war crimes” which would “not go unpunished”.

Mme Colonna also indicated that among the aids, there would be the sending of a laboratory collecting DNA to accumulate evidence of abuses.

These efforts are in addition to the crucial support in military equipment provided by the West, led by the United States. Ukraine continues to clamor for more weapons, having so far pushed back the Russian army.

For the French part, Emmanuel Macron announced for the beginning of 2023 an additional aid of 76.5 million euros to spend the winter. German Foreign Minister Annalena Baerbock has indicated that Berlin will pay 50 million euros.

European Commission President Ursula von der Leyen, recalling that the EU had pledged to provide Kyiv with macro-financial assistance of 18 billion euros in 2023, announced the purchase of 30 million LED bulbs for the benefit of Ukraine, which are much less energy intensive.

In addition, the International Atomic Energy Agency (IAEA) will send missions to “secure” five nuclear power plants in Ukraine, including that of Zaporijjia, occupied by the Russian army, Denys Chmygal also indicated after a meeting in Paris with the world nuclear policeman, Rafael Grossi. This agreement must “obviously involve the Russian side”, said the latter.

During the press conference, he noted that France was “very active” on securing the plants. For example, “France will provide with the IAEA spare parts […] for the emergency generators of the Ukraine South power plant”, illustrated Mme Colonna.

Asked about China’s absence from the meeting, Ms.me Colonna pointed out that she was not invited.

But she noted that more and more “friendly” countries had joined the momentum of solidarity, citing representatives of the Gulf countries and India, or even Hun Sen, the Cambodian prime minister.

Faced with massive destruction, “we must invest in a reconstruction effort,” said UN Secretary General Antonio Guterres in a video message.

“The mobilization of companies… is in my eyes crucial”, declared Emmanuel Macron, calling on them to propose “solutions to help Ukraine’s economic recovery”, “and this, without waiting for the end of the war”.

In another video message, Mr. Zelensky told them: “we have a lot of possibilities and opportunities that you will not find anywhere else in the world”.