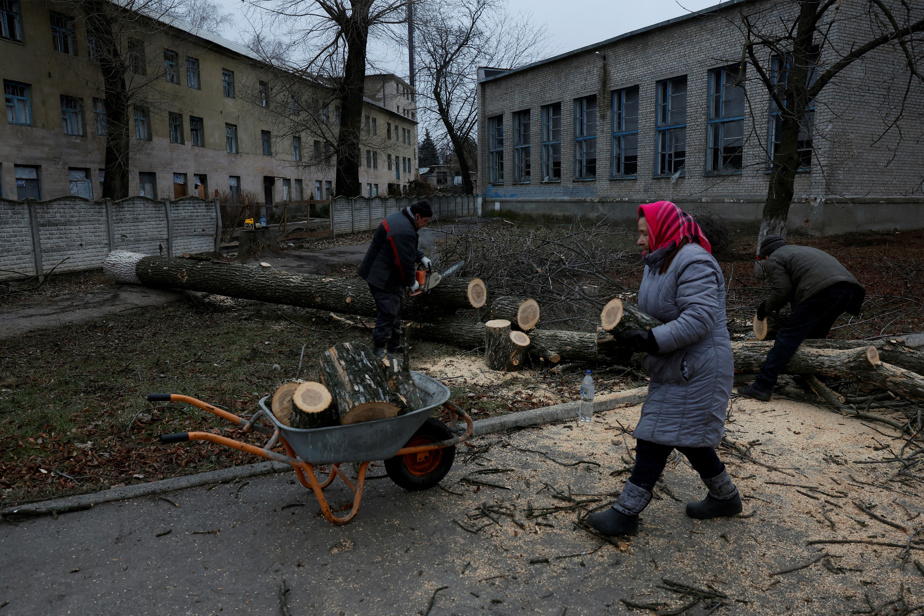 (Kyiv) “Only a few civilians” still live in the town of Bakhmout, a hot spot of fighting in eastern Ukraine, President Volodymyr Zelensky said on Wednesday.

“Last year, 70,000 people lived there. Now, only a few civilians have remained,” Mr. Zelensky lamented on Facebook, without specifying how many civilians are still in this city.

Russian forces and paramilitaries of the Wagner Group have been trying, so far without success, to conquer Bakhmout since the summer at the cost of heavy casualties on both sides and considerable destruction.

“There is no place (in the city) that is not covered in blood. There is not an hour without the terrible roar of artillery resounding, ”regrets Mr. Zelensky on Wednesday, accompanying his message with several shots showing the extent of the damage in the city.

AFP journalists, who have visited Bakhmout on several occasions in recent weeks, have noted these very difficult living conditions, the city also having no access to water or electricity.

Volodymyr Zelensky went there on December 20 on the eve of a remarkable visit to Washington in the United States, where he brought back a Ukrainian flag that soldiers had given him on the front.