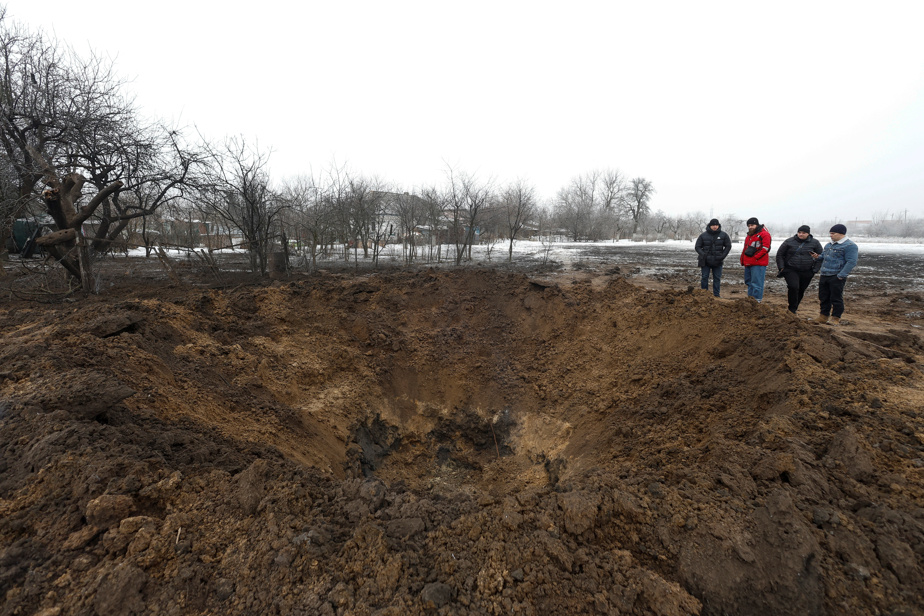 (Kyiv) London announced on Saturday the supply of heavy tanks to Kyiv, a type of armament insistently requested by Ukraine, which, on the ground, has always ensured control of the city of Soledar (east) which Moscow claims to have taken after fierce fighting.

Kyiv and other regions in the south, north and east of the country were also the target on Saturday morning of new Russian missile fire targeting essential infrastructure, including electricity, according to Ukrainian officials.

“Today, the enemy again fired against energy installations,” said the operator Ukrenergo, adding that it was working to “eliminate the consequences” of these strikes.

Several explosions sounded in the morning in Kyiv, AFP journalists found, with Ukrainian officials saying strikes had targeted key infrastructure in the capital.

“A missile attack on critical infrastructure” is underway in Kyiv, Ukrainian presidential adviser Kyrylo Tymoshenko said on Telegram in the morning debate, while city mayor Vitali Klitschko reported explosions in the Dniprovskiy district , without reporting any injuries but calling on the inhabitants to “stay in the shelters”.

Their number is not specified, but the United Kingdom thus becomes the first country to commit to providing this type of battle tank to help Ukraine against Russian forces. Kyiv had already received Soviet-designed heavy tanks from its allies, but none yet of Western manufacture.

The British announcement – “a good signal” according to Ukrainian President Volodymyr Zelensky – comes after Poland said it was ready on Wednesday to deliver 14 Leopard 2 heavy tanks, which requires Berlin’s approval, as part of a an international coalition.

Washington, Berlin and London for their part announced last week the dispatch of lighter infantry or reconnaissance tanks.

On the front, the small town of Soledar, in eastern Ukraine, at the center of a fierce battle and which Moscow claims to have taken, is still “under Ukrainian control”, assured Saturday the governor of the region of Donetsk, Pavlo Kyrylenko.

“Soledar is under the control of the Ukrainian authorities, our forces have control of it,” he said, adding that “the fighting continues in the city and outside”.

This locality and the nearby town of Bakhmout currently remain the “hottest” points of the conflict, he said on television.

“The situation is difficult, but the Ukrainians are holding their positions,” assured Vadim, a rescue worker, who was helping to evacuate a soldier with a leg injury.

Earlier, the Russian Defense Ministry said on Friday that the “liberation” of this city took place “on January 12 in the evening”.

The Russian army hailed the “courageous actions” of the fighters of the Wagner mercenary group, whose men led “the direct assault on the residential areas of Soledar”.

Fighting in and around Soledar has been raging for several months, but its intensity has increased sharply in recent days.

Its capture by Moscow forces would be a notable victory for Russia, after the series of failures on the ground by its troops in recent months.

On the diplomatic level, Turkey wishes to promote “localized ceasefires” in Ukraine because of the hope of a more comprehensive peace agreement at this stage, said Saturday Ibrahim Kalin, close adviser to President Recep Tayyip Erdogan.

Neither Russia nor Ukraine “is in a position to win militarily”, he also considered, saying he was convinced “that in the end, they will have to negotiate to reach an acceptable outcome” for the two parts.

But the day before the UN Security Council, meeting again to discuss the situation in Ukraine, noted that there was, according to the UN Under-Secretary-General for Political Affairs, Rosemary DiCarlo, “no sign of an end to the fighting”