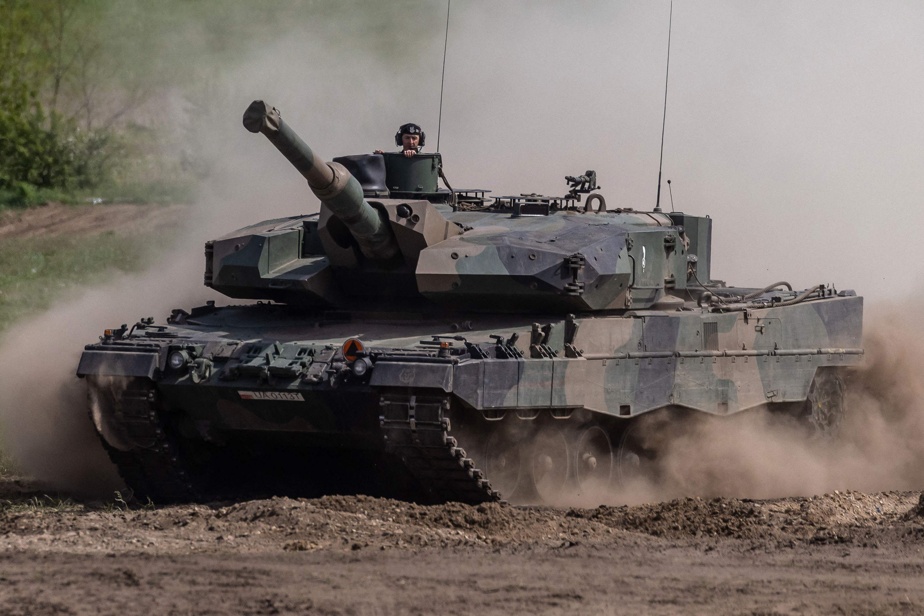 The United States could for their part agree to deliver Abrams tanks, affirms for its part the wall street journal.

Chancellor Olaf Scholz should give the go-ahead, probably on Wednesday, to sending German Leopard 2 type 2A6 tanks, Spiegel says on its website, without citing a source. It is “at least one company”, or at least ten heavy tanks, adds this media.

The NTV news channel, which quotes sources close to the government, also indicates that the German chancellor, under pressure for several weeks to give his agreement, is preparing to announce it.

Questioned by AFP, the entourage of the Social Democratic Chancellor did not wish to comment on Tuesday evening.

The German leader, who is scheduled to speak at 7 a.m. EST on Wednesday in the Bundestag, the lower house of Germany’s parliament, would also agree to countries, including Poland, wishing to deliver Leopard 2 tanks to Kyiv, according to these media.

According to observers, these tanks are likely to have a significant impact for the Ukrainians in the face of the steamroller of Russian troops who are regaining some ground on Ukraine’s eastern front.

On Monday, Poland had warned that it was ready to do without authorization from Berlin. This country, which says it is willing to send 14 Leopard 2s to Kyiv, is discussing this with about fifteen states, many European armies possessing such armored vehicles.

The fear of a military escalation with Moscow and his reluctance to make Germany assume leadership in the Western camp explain the Chancellor’s hesitations, according to analysts.

Meanwhile, the Ukrainian government is wrestling with the biggest corruption scandal since the Russian invasion began nearly a year ago.

Four deputy ministers, including that of Defense Viatcheslav Shapovalov, as well as five governors and other officials had to leave their posts in the wake of this affair, announced the Ukrainian authorities.

Other dismissals had already recently taken place in Ukraine, which was ranked 122e place out of 180 on the NGO Transparency International’s corruption perception index in 2021.

On Sunday, Deputy Infrastructure Minister Vassyl Lozinsky was arrested, accused of receiving a $400,000 bribe to “facilitate” the purchase of generators at inflated prices, as his country faces a extensive power cuts following Russian strikes on energy facilities.