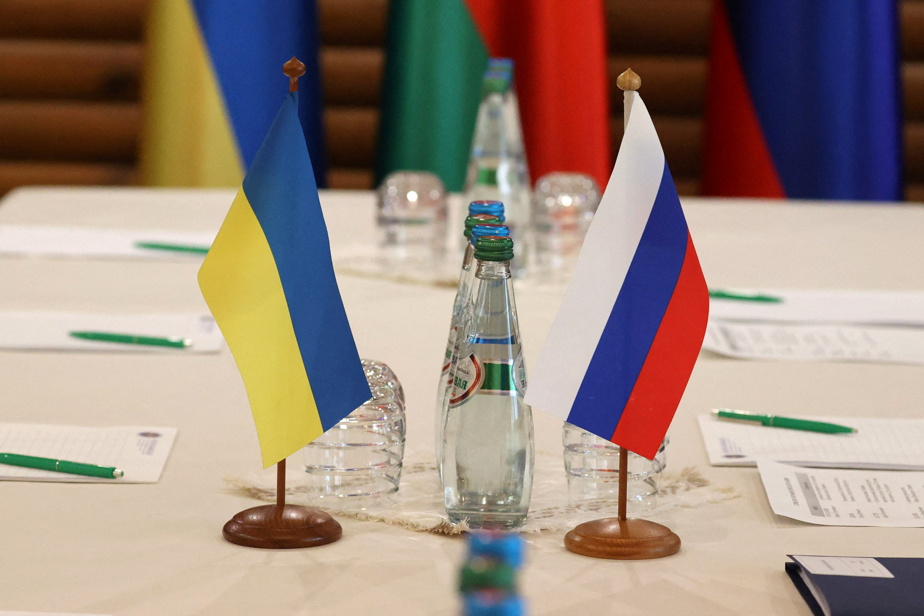 (Kyiv) The fourth round of talks between Ukraine and Russia resumed Tuesday after a break the day before, announced a senior Ukrainian official, insisting on the ceasefire demanded by Kyiv.

“Negotiations are ongoing,” Mykhaïlo Podoliak, a negotiator and adviser to Ukrainian President Volodymyr Zelensky, said on Twitter. On the menu of the discussions are notably “a ceasefire and the withdrawal of Russian troops” from Ukrainian territory, he added.

The fourth round of talks between Moscow and Kyiv began Monday by videoconference. The delegations had separated for a “technical break” with the promise to resume talks on Tuesday.

Both sides have shown some optimism in recent days, although the Kremlin said on Tuesday that it was premature to make any “prognosis”.

“Deep contradictions” persist in the Russian-Ukrainian talks, which will continue on Wednesday, but a “compromise” is still possible, said Tuesday an adviser to the Ukrainian president, Mykhaïlo Podoliak.

“It is a complicated and extremely laborious negotiation process. But, of course, a compromise is possible,” he said on Twitter.

An adviser to the Ukrainian presidency, Oleksiï Arestovitch, judged possible a peace agreement by May, “and perhaps much more quickly”.

During the night, President Volodymyr Zelensky assured that the Russians have “begun to understand that they will not achieve anything through war”.

“I was told that (the talks in progress) were quite good,” said the Ukrainian head of state, after talking on Saturday about a new, “fundamentally different” approach from Moscow in the negotiations.