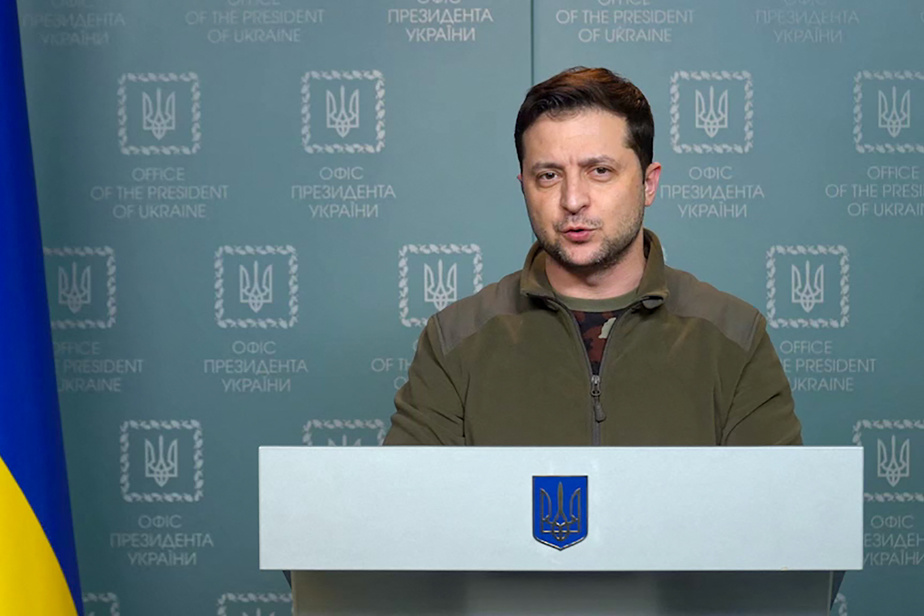 (Kiev) Ukrainian President Volodymyr Zelensky called on Russia on Tuesday not to “waste its time” in Ukraine, saying Russian bombing will not get Kiev to accept Moscow’s terms for a truce.

The first round of Russian-Ukrainian talks took place on Monday “against the background of shelling and shooting aimed at our territory”, Zelensky said in a video posted on Facebook.

“I think Russia is trying in this simple way to put pressure” on Kiev, he said, adding: “Don’t waste your time”.

According to the president, Ukraine “did not have the result that it would like to have” at the end of the first round of discussions on Monday, but mentioned its “counter-proposals” to those of the Russians “to put an end to the war “.

The delegations returned for “consultations in their respective capitals”, after agreeing to want a “second round” of talks.

Ban “all ports” and “airports in the world”

Mr. Zelensky also called for banning Russia from “all ports” and “airports in the world” in retaliation for the Russian invasion of Ukraine.

“The entry for such a state must be closed to all ports, channels and airports in the world,” Zelensky said in his video.

He also called on the international community to “consider a total closure of the skies for Russian missiles, planes and helicopters”.

This evil, armed with missiles, bombs and artillery, must be stopped immediately. And destroyed economically, to show that humanity is capable of defending itself.

Mr. Zelensky denounced the Russian bombardments which targeted Ukrainian territory on Monday, when the Russian and Ukrainian delegations met for the first time in Belarus since the start of the invasion on Thursday.