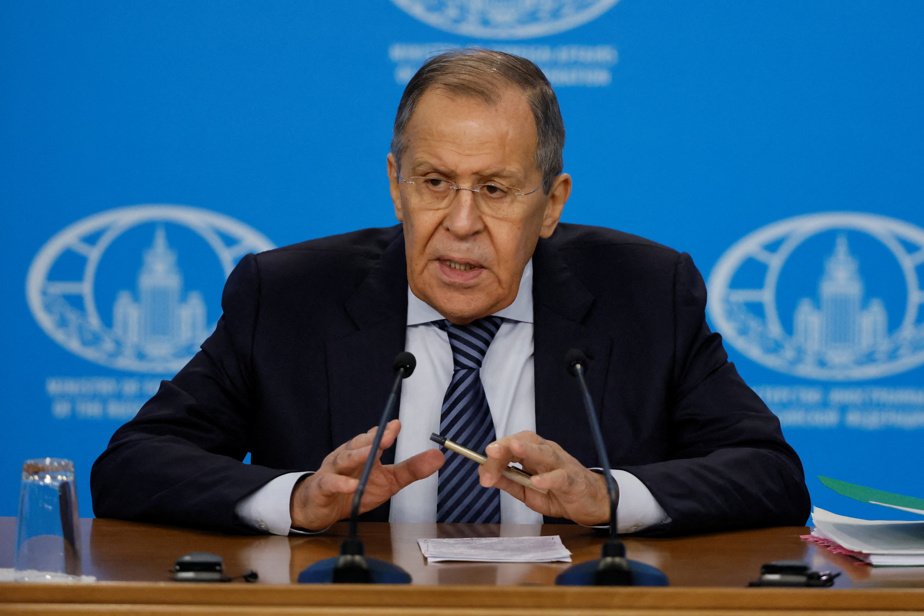 (Brussels) The head of diplomacy of the European Union Josep Borrell judged Thursday “unacceptable and despicable” the reference to the Holocaust made by Moscow to denounce the support of Western countries for Ukraine and “justify its illegal aggression” against this country.

“Russian Foreign Minister Sergey Lavrov’s latest comments accusing ‘the West’ of seeking a ‘final solution’ for Russia are totally out of place, disrespectful and trample on the memory of the six million Jews, and other victims, who were systematically murdered during the Holocaust,” the official charged in a statement.

The task of the coalition assembled by the United States is “the ‘final solution’ to the Russian question. Just as Hitler wanted to solve the Jewish question, now Western leaders […] say without ambiguity that Russia must suffer a strategic defeat,” said the head of Russian diplomacy on Wednesday during a press conference.

“The manipulation of the truth by the Russian regime to justify its illegal war of aggression against Ukraine has reached another unacceptable and despicable low point,” protested Josep Borrell, of Spanish nationality.

“There is no parallel between the crimes of Nazi Germany and international aid to Ukraine to defend its territory and people against unwarranted aggression. Russia has invaded a sovereign neighboring country, targeting and killing civilians there on a daily basis, with the avowed aim of destroying the country and the Ukrainian nation,” the EU foreign minister said.