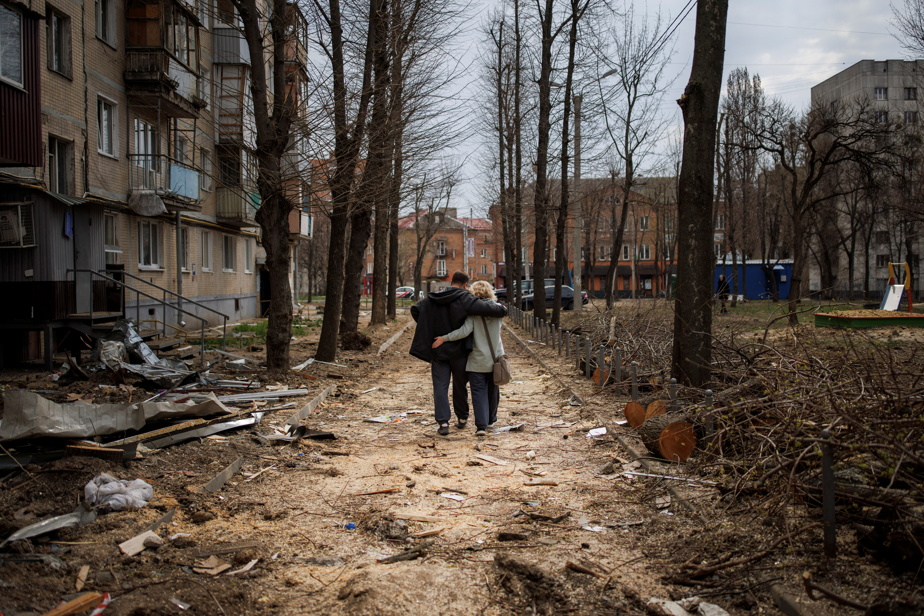 (Brussels) EU foreign ministers will discuss a sixth sanctions package against Moscow on Monday in Luxembourg, but the halt in oil and gas purchases to stop financing the Russian war effort divides the 27.

“We have just imposed heavy sanctions on Russia and we are preparing for a sixth wave,” European Commission President Ursula von der Leyen announced on Friday during her visit to Kyiv with the head of the diplomacy Josep Borrell.

Ukrainian President Volodymyr Zelensky continues to ask all his European interlocutors “for the adoption of powerful sanctions”. He is calling for a halt to oil and gas purchases and the supply of heavy weapons to resist the announced offensive in the Donbass region (east).

Josep Borrell announced his intention to launch the discussion on an oil embargo on Monday, “but a formal proposal is not on the table”, admitted a senior European official on Friday.

“Unanimity is necessary for the adoption of sanctions. However, we can clearly see the dependencies vis-à-vis Russia in several Member States,” he underlined.

“We are not going to present something that will not pass. Proposals must be made at the appropriate time,” he explained.

Since the start of the war in Ukraine in late February, the Kremlin has made $27.3 billion from EU oil, gas and coal purchases, according to Velina Tchakarova, director of the Austrian Institute for Europe and the security policy (AIES).

The EU has decreed an embargo on the purchases of coal but their amount is much lower than those of gas and oil.

On the other hand, the ministers will validate the release of an additional 500 million euros to finance and deliver new weapons to Kyiv, according to several EU diplomats.

“Sanctions are important, but they will not solve the problem in Donbass. The battle in the Donbass will be decisive for the outcome of the war,” said Josep Borrell on Saturday.

Russia is bombarding Ukraine from the sea from ships beyond the reach of Ukrainian weapons and Kyiv forces need “long-range weapons and more armored vehicles”, a senior European official has explained. Slovakia announced on Friday that it had supplied Kyiv with a Russian S-300 air defense system.