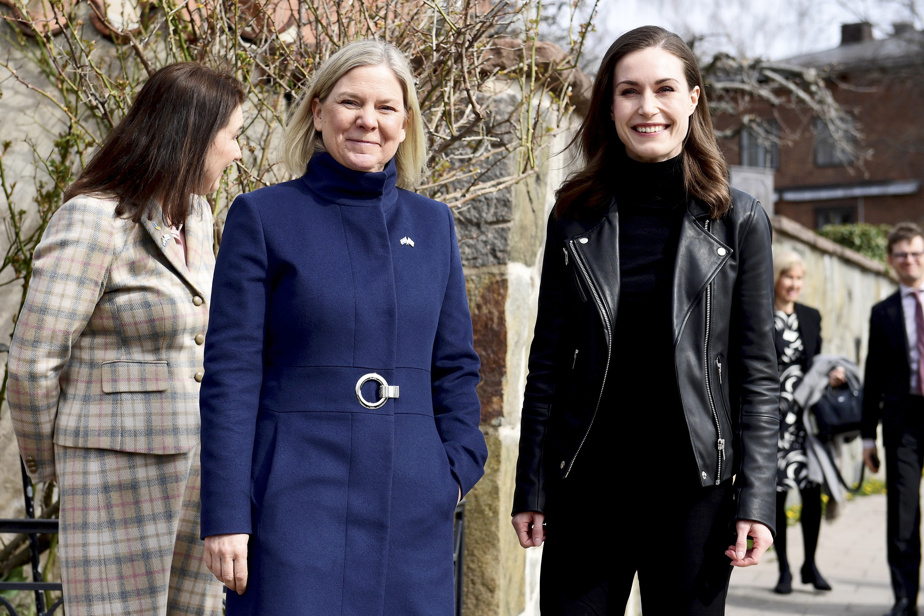 (Helsinki) Finland will decide “within weeks” on a NATO candidacy as a result of Russia’s invasion of Ukraine, its prime minister said on Wednesday, as membership is considered to be more and more likely.

“I think it will happen quite quickly. In a few weeks, not a few months,” said Social Democrat leader Sanna Marin during a visit to Sweden, a country that also does not rule out joining the alliance in the face of the Russian threat.

Ahead of the start of a debate in parliament next week, the Finnish government on Wednesday published an urgently commissioned strategic review after the attack on Ukraine.

The text insists that only NATO members benefit from the organisation’s famous Article 5 collective defense umbrella.

Joining the 30-member US-led alliance would provide “significantly greater” deterrence against an attack on Finland, the “white paper” claims.

Currently, the Nordic country-which shares a border of nearly 1,300 kilometers with Russia-is only a NATO partner.

“The difference between being a partner and being a member is very clear and it will remain the case,” said Ms.me Marine.

“There is no other way to have security guarantees than within the framework of common defense and deterrence guaranteed by NATO’s Article 5”, she added.

A NATO summit is scheduled for June 29-30 in Madrid and most analysts expect a Finnish candidacy to be announced by then.

Sweden does not rule out joining the Western military alliance either, but seems more in the background than its neighbour.

To join or not, “nothing is without risk”, underlined Magdalena Andersson on Wednesday.

Paradox: a war against Ukraine launched by Moscow by invoking the threat of the extension of NATO to its doors risks, by tipping Finland into its ranks, doubling the length of the land borders between Russia and alliance.

Before the invasion of Ukraine on February 24, seeing Finland or Sweden break with their historical lines of non-military alliance was highly unlikely.

Membership support, which had hovered around 20-25% for decades in Finland, has almost tripled to over 60% or even 70%.

In Parliament too, a clear majority is emerging. Among the deputies who have already made their position known, around 100 out of 200 are in favor of membership and only 12 are against, according to Finnish media reports.

At the same time, Helsinki has multiplied contacts with most of the 30 NATO members.

“For Finland, the process is very determined so I think they will go there and have a decision by the NATO summit in June”, analyzes Robert Dalsjö, director of research at the Agency. Swedish Research for Defense (JTF). “Will Sweden follow this schedule? It is possible but not certain”, according to the expert.

The Swedish Social Democrats announced on Monday the opening of an internal debate on the question. And the extreme right movement of the Democrats of Sweden (SD) decided for the first time to support a candidacy if Finland launched.

The Secretary General of NATO, the Norwegian Jens Stoltenberg, has reaffirmed on many occasions that the door is open to the two Nordic countries.

The other Nordic and Baltic neighbors – Norway, Denmark, Iceland, Poland, Estonia, Lithuania and Latvia – are all already members.

According to Helsinki, NATO thinks it takes four to twelve months to complete the process to make Finland the 31and member of the alliance-which requires unanimous agreement and ratification.

What reaction from Russia? Moscow warned Stockholm and Helsinki, stressing that membership would have “political and military consequences”.

“Russia will most likely make noise, show its displeasure and be threatening,” said Robert Dalsjö. But “I don’t think we’ll see violent things.”