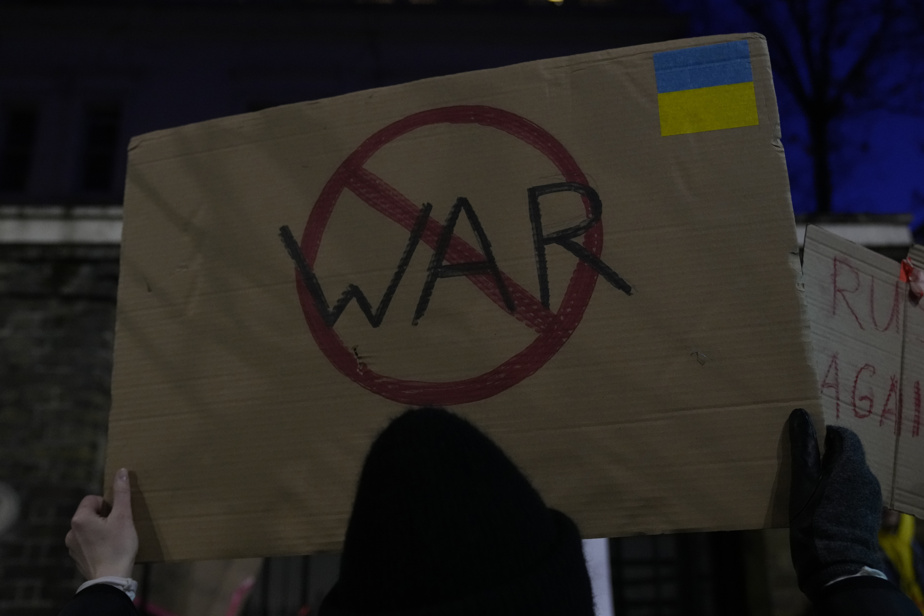 (Geneva) The Russian invasion of Ukraine will ignite the session of the UN Human Rights Council (HRC) which opens next week in Geneva, with the expected arrival of the head of Russian diplomacy Sergey Lavrov .

The situation in Ukraine was already on the Council’s agenda, with a discussion scheduled for 29 March. However, Ukraine on Thursday called for an urgent debate on the human rights situation “resulting from Russian aggression.”

The decision to organize or not this debate rests with the 47 member countries of the Council, who will have to decide during a vote in the coming days.

Shortly after the Russian invasion of neighboring Ukraine, Russia for its part confirmed to the UN the arrival in Geneva of Mr. Lavrov who is due to speak on Tuesday at the high-level debates of the Human Rights Council. man (HRC).

On the same day, the heads of US diplomats, Antony Blinken, and of the EU, Josep Borrell, will also address the Council in video messages. Ukrainian Foreign Minister Dmytro Kuleba will do the same on Wednesday.

The debates will be opened on Monday by the head of the UN Antonio Guterres, and the UN High Commissioner for Human Rights Michelle Bachelet, who has not yet spoken on the American letter mentioning an established blacklist by Moscow of Ukrainians to be eliminated in the event of an invasion.

French Foreign Minister Jean-Yves Le Drian is also due to deliver a speech to the Council on Monday.

The politicization of the debates within this UN forum has increased in recent years, with the more assertive presence of China, and the discussions during the next session (28 February to 1er April) promise to be very stormy after the Russian attack on Ukraine.

“The great international tensions have an effect on the debates in Geneva, even if it is the Security Council that is primarily responsible for discussing the crisis in Ukraine, in accordance with the Charter”, observed the Swiss ambassador to UN, Jürg Lauber, to AFP.

Some observers fear that Russia will further inflame the debates by having representatives of Crimea speak in its place.

“This has already happened in recent sessions and the Ukrainians asked for a point of order,” council spokesman Rolando Gomez told AFP.

If necessary, a joint statement from several countries is expected to protest.

Kyiv is also expected to present a resolution on the negative effects of misinformation on human rights.

This session also marks the return of the United States to the Council, whose door the Trump administration had slammed in 2018 accusing it of hypocrisy, particularly with regard to Israel.

Ethiopia, Burma, Sudan…many other crises and human rights violations will be discussed by the Council in the coming weeks.

No one yet knows if M.me Bachelet plans to release his long-awaited report on the situation in China’s Xinjiang region during the session.

According to human rights organizations, at least a million Uyghurs and members of other Turkic minorities, mainly Muslims, are or have been incarcerated in camps in this region of northwestern China.

Beijing says they are vocational training centers meant to steer them away from terrorism and separatism.

Mme Bachelet has been asking for a long time to be able to carry out the investigation on the spot, which Beijing refuses.