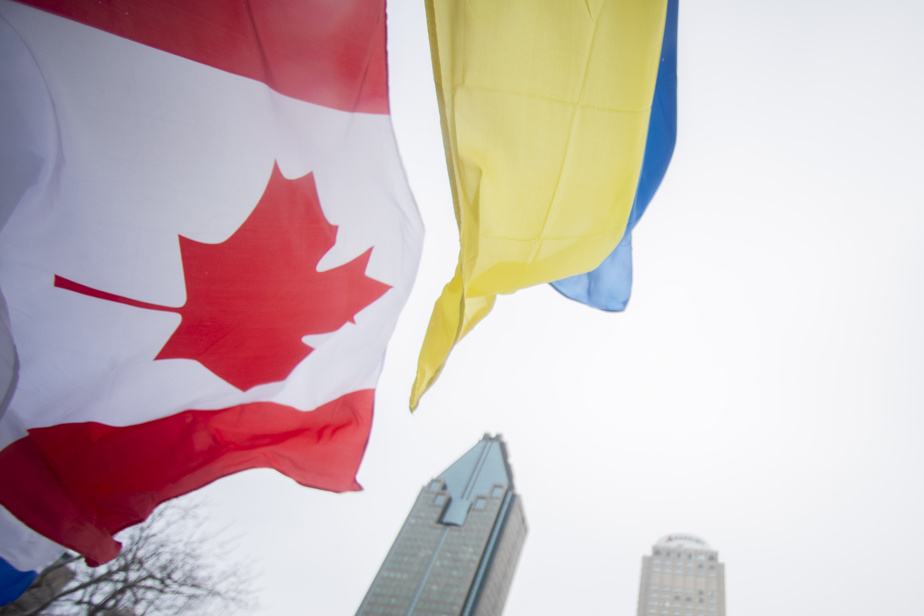 (Ottawa) The humanitarian crisis in Ukraine promises to be so great that neither the opposition parties nor the Ukrainian Canadian Congress have set a target for welcoming these refugees to Canada. And the government has not set any to date.

“We don’t yet know how big the humanitarian crisis will be,” said Ukrainian Canadian Congress senior policy adviser Orest Zakydalsky in an interview Monday. The organization is working with the federal government to set up the special family reunification sponsorship program announced by Immigration Minister Sean Fraser on Thursday.

In 2015, Justin Trudeau’s government said it was ready to welcome 25,000 Syrian refugees. The target was later revised upwards, and nearly 40,000 Syrians eventually arrived in the country.

The Liberals also raised the target for welcoming Afghan refugees from 20,000 to 40,000 as they tried to convince Canadians to re-elect them six months ago. Kabul, the country’s capital, fell to the Taliban on August 15, two days after the start of the electoral campaign.

“Canada is ready to welcome Ukrainians fleeing Vladimir Putin’s war and there is no limit to the number of applications we will be prepared to accept,” Immigration Minister Sean Fraser said last week. last time, when two new programs were announced to allow people fleeing this war to come here.

The government wants to approve as many applications as possible for emergency travel authorizations that will allow Ukrainians to stay in Canada for two years. However, a limit will be set for the special sponsorship program for family reunification, according to Minister Fraser’s office. But overall, there is no ceiling for Ukrainian refugees.

The uncertainty surrounding the war makes it difficult to know how many Ukrainians will want to take advantage of these new routes to immigrate to Canada, particularly the temporary visa route.

“It would really surprise me if there were thousands coming because we are still far away and the situation is too uncertain, so I have the impression that there are people who may want to stay in proximity to their home or their spouse who remained there,” said the president of the Quebec Association of Immigration Lawyers, Stéphanie Valois.

She says she has received few calls from Ukrainians so far.

None of the opposition parties have asked the government to set a target. “I don’t think it’s possible to set a target when we don’t know how many people are going to flee Ukraine,” said Conservative MP James Bezan, himself of Ukrainian origin. However, he noted that without a target, it will be difficult to plan for Ukrainians to come to Canada.

The situation is too urgent for the government to focus on determining an objective, according to Bloc Québécois MP Alexis Brunelle-Duceppe, his party’s immigration spokesperson. “Now is not the time to waste time finding a target because we would lose manpower calculating this potential target,” he said. There is no common measure with what has been experienced previously because if we look closely at the figures, it will be the largest influx of refugees in Europe since the Second World War. »

The Bloc Québécois is asking the government to create an “airlift”, that is to charter planes to be able to quickly transport Ukrainians who have obtained their temporary visa.

The leader of the New Democratic Party (NDP) did not want to put forward a figure either. “It’s difficult to have a target at the moment because the crisis continues and we don’t yet know the full impact of what is happening,” explained Jagmeet Singh. But we must do everything we can now to create a system that is easy, simple and effective for Ukrainians who want to leave the country. »

Singh wrote to Prime Minister Justin Trudeau on Monday asking him to quickly develop a plan to welcome Ukrainian refugees in collaboration with provinces, territories and cities. The NDP also wants the Canadian government to help ethnic minorities and members of the LGBTQ2s+ community who face discrimination as they attempt to flee Ukraine.

Canada already has a large Ukrainian diaspora of 1.3 million people.

No limit in Quebec

The Minister of Immigration, Francisation and Integration, Jean Boulet, said Monday in Montreal that there is no limit to the number of Ukrainian refugees that Quebec is ready to welcome, according to its capacities. . He was passing through the metropolis to announce nearly 5 million to 14 community organizations working to welcome, integrate and francize newcomers.

The Minister said he does not yet know how many Ukrainian refugees Quebec will be called upon to welcome or when they will begin to arrive, these questions being the responsibility of Ottawa. Although he is in contact with his federal counterpart Sean Fraser, Mr. Boulet explained that it was still too early to know the answer to these questions.

“We don’t have an estimate. I was talking about it with Mr. Fraser. We have no limit. […] We will respect our reception capacity, but for the moment, when I was in organizations, even in Montreal last week, they are ready. We are waiting for them,” he said.

Mobilization is underway to prepare for this reception. The minister explained that some 95 organizations are on alert and that the recruitment of people who speak Ukrainian and Russian is going well.