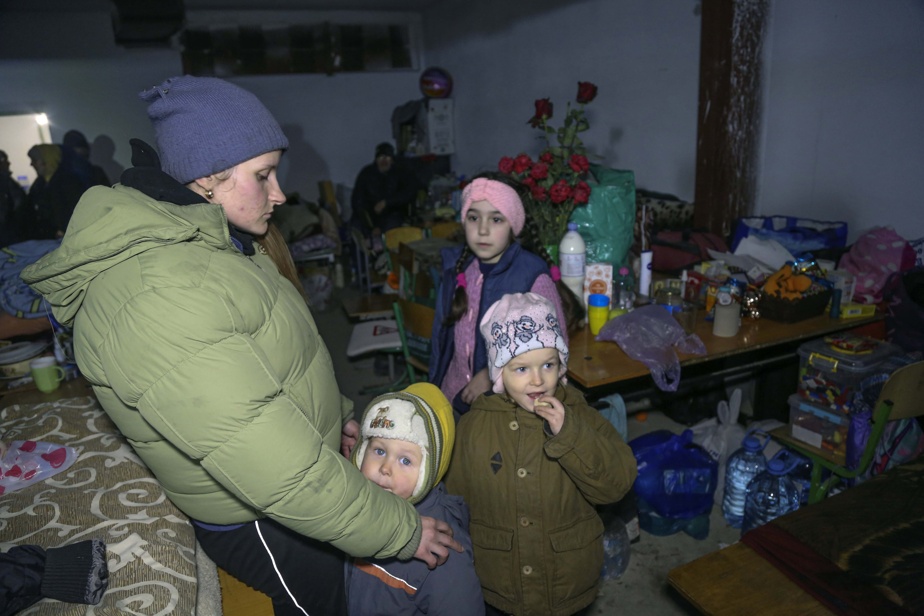 (Geneva) The UN warned on Friday that humanitarian needs in eastern Ukraine were becoming increasingly urgent, with more than 200,000 people without access to water in the city alone. Donetsk region.

“The humanitarian situation in towns such as Mariupol and Sumy is extremely serious, with residents facing severe shortages – with life-threatening consequences – of food, water and medicine,” a spokesperson for the UN refugee agency (UNHCR), Matthew Saltmarsh.

Speaking from the Polish border, he told reporters in Geneva that the humanitarian needs in eastern Ukraine were “becoming even more urgent”.

“More than 200,000 people do not have access to water in several localities of the oblast [région, NDLR] of Donetsk, while the incessant shelling in the Luhansk region destroyed 80% of certain localities, leaving 97,800 families without electricity,” said Matthew Saltmarsh.

In addition, he said, targeted attacks on civilians and civilian infrastructure and the lack of safe passage put the lives of thousands of civilians at risk.

The UNHCR indicates that it is closely following the negotiations conducted by the UN with the belligerents to be able to send humanitarian aid to certain towns in the East.

“We are ready to send essential supplies to Sumy as soon as conditions allow,” Saltmarsh said.

The United Nations works with both sides to ensure that humanitarian aid movements can be carried out safely, as in Syria, Yemen or Afghanistan.

These procedures aim to avoid slippages, establish privileged telephone connections, find ways to get along, etc.

This is why OCHA [le Bureau des Affaires humanitaires de l’ONU] deployed several days ago now “a team of experts in civil-military coordination in Moscow”, explained a spokesman in Geneva, Jens Laerke, during the press briefing.

This team – which remains stationed in Moscow – is tasked “to liaise with the Russian authorities, including the Ministry of Defence, with the aim of helping to facilitate and establish a humanitarian notification system aimed at ensuring that infrastructure, goods and humanitarian movements can move safely” in Ukraine, he explained.

“It is for the same purpose that UN experts in civil-military coordination are in contact with officials in Ukraine,” he said.

UNHCR estimates that around 13 million people are in need of humanitarian assistance and protection in Ukraine.