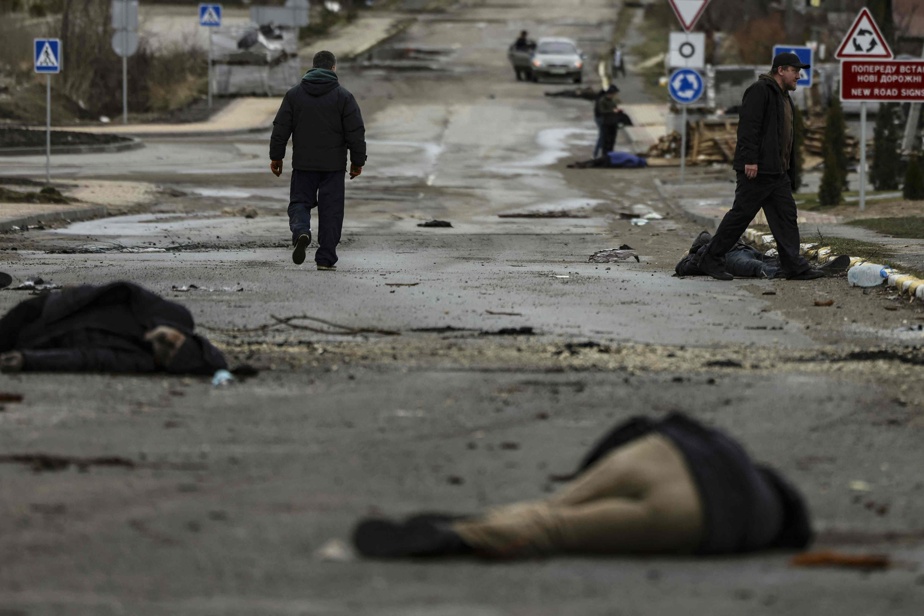 (Geneva) Hundreds of civilians were summarily executed in Ukraine during the first months of the invasion of the country by Russian forces, which constitutes “probable war crimes”, the High Commissioner of the UN Human Rights Volker Türk.

This UN investigative commission recorded 441 summary executions and murders in three regions of Ukraine between the start of Russia’s invasion of Ukraine on February 24 and April 6, Volker Türk pointed out, presenting a report to the UN Human Rights Council (HRC).

Killings of 341 men, 72 women, 20 boys and eight girls were documented in 102 towns and villages in Kyiv, Chernigiv and Sumy regions during this period, according to the report.

“The true figures are likely higher and we are working to verify an additional 198 killings in these areas,” the High Commissioner said.

In the Kyiv suburb of Bucha alone, where hundreds of bodies were discovered after the Russian army was forced out in March, investigators have documented the killing of 73 civilians and are working to corroborate 105 more cases.

“We have strong indications that these documented summary executions could constitute a war crime: intentional homicide,” he argued.

“In some cases, Russian soldiers executed civilians in makeshift detention facilities,” he said.

Killed on their doorstep

“Others were killed on the spot after a security check, at the entrance or inside their homes or in yards, even as the victims raised their hands and posed no threat,” continued the High Commissioner.

Men and boys represent 88% of the total victims, “suggesting that they were targeted primarily because of their gender”.

In addition, Russian armored vehicles fired on buildings, killing civilians in their homes.

Many diplomats took the floor to express their outrage at the report’s findings and the ongoing human rights abuses in Ukraine.

Ukraine’s permanent representative to the United Nations in Geneva, Yevheniia Filipenko, told the Council that the Russian invasion “has had a dramatic impact on human rights in Ukraine, as the report makes clear “.

The French ambassador, Jérôme Bonnafont, declared for his part that the discoveries of innocent civilians murdered “for no apparent reason in front of their homes, in the street” were “really frightening”.

And European Union Ambassador Lotte Knudsen said the bloc was “appalled by the extrajudicial executions, torture and other horrific attacks on civilians in Ukraine by Russian forces”.

“The scale of the brutality goes far beyond human comprehension,” she said, insisting that “responsibility […] must be ensured”.

UN investigators accused Moscow on September 23 of having committed a “considerable number” of war crimes in four Ukrainian regions in the first weeks following the Russian invasion.

On the other hand, they had judged that it was too early to speak of crimes against humanity, contrary to what NGOs and Ukraine claim.