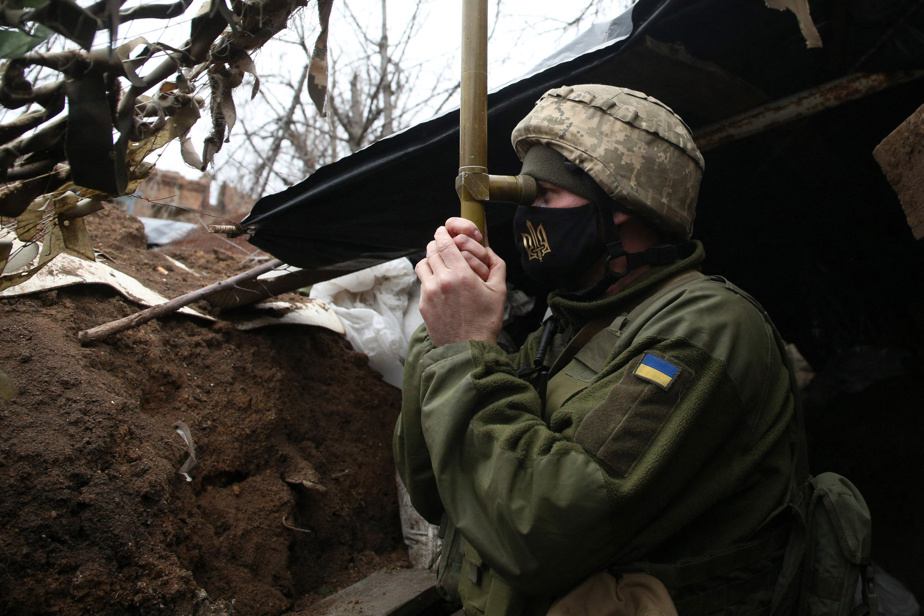 (Krasnogorivka) The war in Ukraine has had its share of devastating artillery duels, but in Marinka, Ukrainian soldiers fighting for control of this eastern city are engaged in close combat with Russian troops.

Since the arrival of winter, the clashes have essentially turned into a war of position and attrition in Ukraine.

But in Marinka the reality is different, according to the soldiers who fight there and whom AFP was able to meet about five kilometers away, near the neighboring town of Krasnogorivka.

There, in Marinka, it is not uncommon for the belligerents to find themselves almost face to face, engaged in street fighting, with the only protection being the ruins of this city which before the Russian invasion there was eleven months had nearly 10,000 inhabitants.

The Russians “can emerge from behind a wall, at a distance of ten to twenty meters, unexpectedly, emerging from the debris”, says a soldier of the 79e Ukrainian brigade, which was not named.

The Ukrainian soldiers engaged in Marinka explain that for lack of structures behind which to shelter, the fighting takes place from basements, crouching behind collapsed walls and other rubble.

“There are no trenches, there is nothing. I even had to hide behind a refrigerator,” says Vitali, a 34-year-old soldier.

According to Colonel Yaroslav Tchepourny, in charge of media relations, it is in this town, where the fighting has lasted for five months, that his brigade has suffered “the most losses” since the start of the invasion. These days, his comrades are recuperating at a nearby base.

Met on site, a young 29-year-old officer, Dmytro, said that having to “decide the fate” of his comrades can be a burden, he who until May 2022 was a video game developer and only took the head of his unit only after his predecessor was injured.

“You have to decide whether the body of a dead soldier should be recovered or not and it is often under enemy fire”, says, by way of example, the officer, who has the nom de guerre ” Good” because of its ability to galvanize the morale of the troops.

The soldiers therefore do what they can to recover the wounded or the bodies, but under cover of darkness.

Valentin, a member of the same unit, is one of those who escaped after being injured, shot in the arm and leg.

Back with his platoon at the base, he shows aerial photos of the remains of Marinka: the destruction is such that you can just imagine the ruins emerging from under a thin layer of snow.