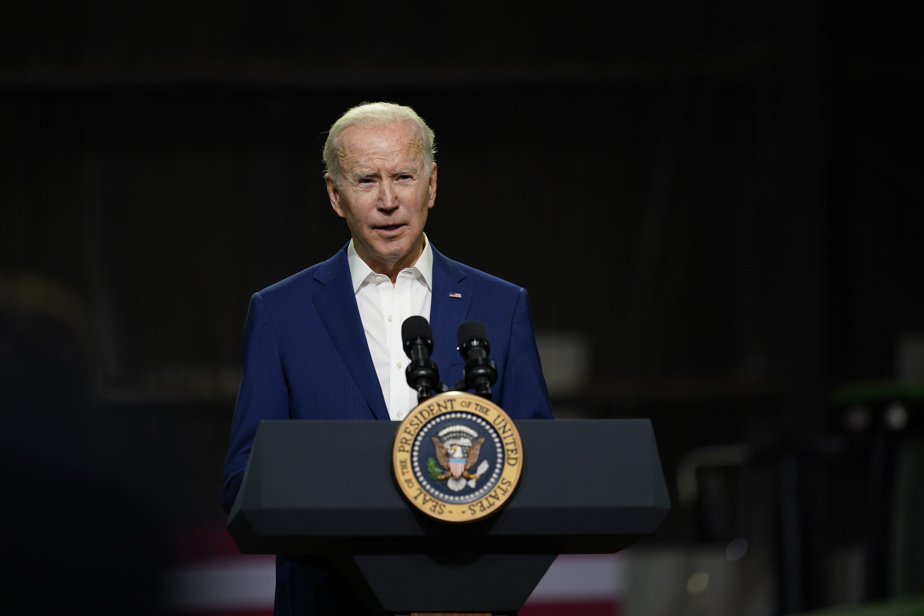 (Des Moines) Joe Biden confirmed on Tuesday that he accused his Russian counterpart Vladimir Putin of “genocide” in Ukraine, a few hours after using this word for the first time to describe the situation in the country invaded by Moscow.

“Yes, I called it a genocide,” replied the American president to journalists during a trip to Iowa.

Until then, the American administration had not pronounced this word, used by Ukrainian President Volodymyr Zelensky.

“It is increasingly clear that Putin is simply trying to erase the very idea of ​​being able to be a Ukrainian,” he added.

Joe Biden said that if “the lawyers, at the international level”, decided on the qualification of genocide, “for me, it looks like it”.

Claiming that the “evidence was mounting” regarding the “horrific things the Russians did in Ukraine”, the Democrat predicted that the world would “find out even more about the devastation”.

A few hours earlier, during a speech devoted to the fight against inflation, Joe Biden had already mentioned the term “genocide”.

“Your family’s budget, your ability to refuel, none of that should depend on a dictator declaring war and committing genocide on the other side of the world,” he said. .

The rise in consumer prices in March reached its fastest pace since December 1981, at 8.5% over one year, according to the consumer price index (CPI) published Tuesday by the Department of Labor.

Joe Biden had deplored the additional inflationary surge caused by Russia’s invasion of Ukraine, assuring that “70% of the price increase in March comes from (Vladimir) Putin’s gasoline price hike”.

The Labor Department said in its statement that “the gasoline index rose 18.3% in March (compared to February) and accounted for more than half of the general price increase over one month”.

“Putin’s invasion of Ukraine has driven up gasoline and food prices around the world,” the Democratic president said.

The Republican opposition, in particular, criticizes Joe Biden for having an economic policy that fuels inflation.