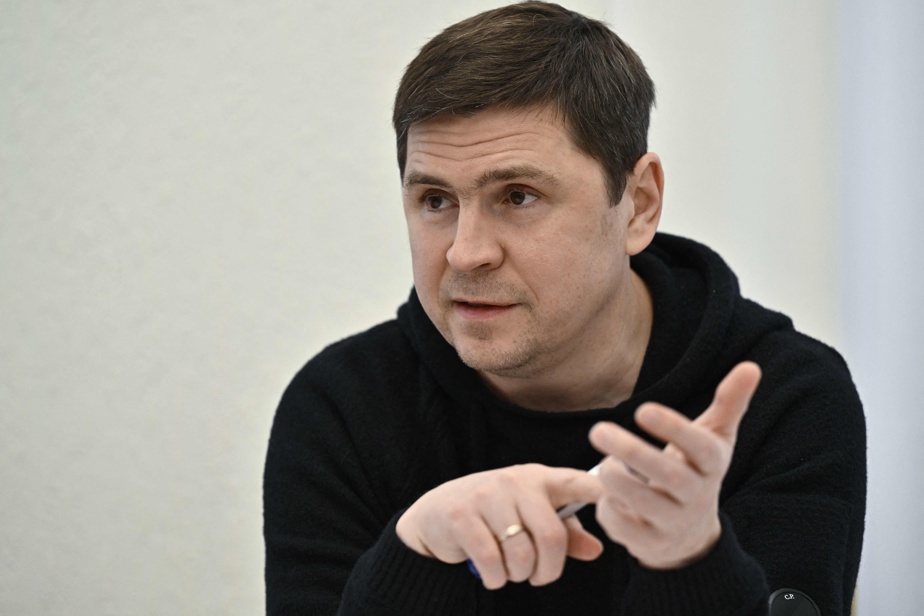 (Kyiv) Ukraine can win the war within the year if the West delivers more powerful military equipment, including long-range missiles and heavy tanks, argued Mykhailo Podoliak, adviser to the Ukrainian presidency, during a an interview given to AFP on Wednesday.

According to him, “everything that is happening today in the direction of Bakhmout or Soledar is the bloodiest scenario of this war”, while the Russians have been trying to conquer the area for several months.

In this interview with AFP, Mykhaïlo Podoliak reiterated Kyiv’s demands from its Western allies: “more” long-range weapons to be able to weaken the Russian rear lines and advance in the occupied territories.

“Only missiles with a range of more than 100 kilometers will allow us to significantly speed up the liberation of the territories”, which will lead to the end of the war “in late spring, early summer, in the summer or probably in the fall, ”he hammered.

“The end of the war can only be achieved with the delivery of the necessary weapons,” he continued.

The Ukrainians, who already use the very precise American Himars rocket launcher systems (range of 80 kilometres) and have just received their French equivalent LRU (range of around 70 kilometres), are demanding American Atacms missiles with a range of 300 kilometers.

This type of missile would help the Ukrainian army to reach the Russian arms depots that Moscow has transferred away from the front in the occupied territories in order to put them out of reach of the systems currently available to the Ukrainian forces, explained Mr. Podoliak.

However, Ukraine “will not attack” targets on Russian territory once it has obtained the long-range weapons, he assured.

“We are waging an exclusively defensive war,” noted the official, warning that without the delivery of more powerful Western weapons, the war could last for “decades”.

In addition to missiles, Kyiv also calls for armored vehicles, in particular “heavy tanks”, such as German Leopards, and artillery guns.

“France is already delivering light tanks to us. It’s very good, ”said Mr. Podoliak, referring to the AMX-10 RC promised in an unspecified quantity by Paris. “But we still want to get 250-300-350 heavy tanks,” Podoliak explained.

According to him, the Europeans and the Americans, Kyiv’s main allies, could soon speed up their deliveries, because they “understood” that this is the key to the conflict to defeat the Russian armada.

In addition, the arrival of new anti-aircraft defense systems, such as the American and German Patriots or the French Crotales, will soon be able to neutralize the threat posed by Russian bombing campaigns against Ukrainian energy installations.

“We will be able to close our skies in the space of a month,” he said, judging that Ukraine will soon be able to shoot down 95% of the missiles fired by Russia, instead of 75% currently.

The adviser to the Ukrainian presidency also considered that the fierce fighting for control of Soledar and Bakhmout, in eastern Ukraine, was the “bloodiest” since the start of the Russian invasion in February 2022.

“A lot of blood, a lot of artillery duels, a lot of contact fighting, especially in Soledar today”, summarized Mr. Podoliak, noting that it was currently the “hottest point of the war” .

According to him, the Russian military losses are “enormous” – “10 to 15,000 men, maybe more” in this area since the summer – and “the Ukrainian army is also losing men”. “For us there are losses, significant losses, for them these losses are simply extraordinary.”

“Certainly, it’s more than what there was elsewhere before,” he said, also noting that the losses in this area are mainly military, with few civilians still living there.

According to him, Russia threw its best units of the paramilitary group Wagner and the regular army into this battle, even though the capture of Soledar and Bakhmout would not change the course of the war.

“There is no strategic objective (in Bakhmout and Soledar). For us (the Ukrainians), it is a possible bridgehead to advance towards Donetsk, the capital of the eponymous Ukrainian region occupied by Russia, said Mr. Podoliak.

“But for the Russians, there is no strategic goal, it’s an open space, and our positions are more advantageous.”