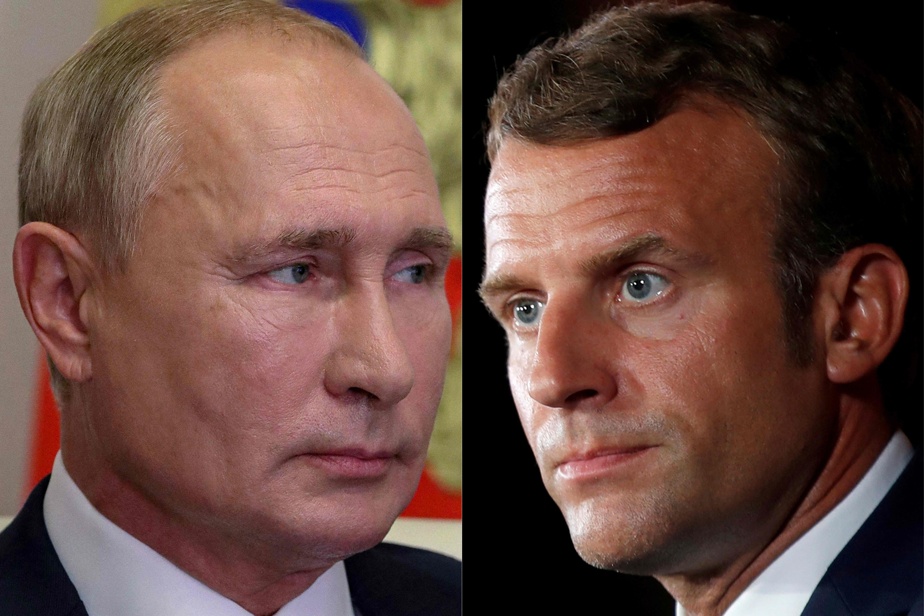 (Paris) Emmanuel Macron exchanged on Monday for 1h30 with Vladimir Putin, asking him to stop the strikes against civilians and to secure the main roads in Ukraine, points on which the Russian president “confirmed his desire to engage, ”announced the Elysée.

The French president called Mr. Putin “at the request” of his Ukrainian counterpart Volodymyr Zelensky, with whom he spoke “several times in recent hours”, added the presidency.

During the meeting with his Russian counterpart, Emmanuel Macron “reiterated the request of the international community to end the Russian offensive against Ukraine and reaffirmed the need to implement an immediate ceasefire”, according to the press release from the Élysée, on the fifth day of the offensive launched by the Russian army.

The interview was “very frank and clear”, it was stressed in the entourage of the French president, indicating that the two presidents had agreed to “stay in contact in the days to come in order to prevent the aggravation of the situation “.

While a first round of negotiations between Russians and Ukrainians took place on Monday at the Ukrainian-Belarusian border, Emmanuel Macron asked for “that be respected on the ground: – a stop to all strikes and attacks against civilians and places of residence, -preservation of all civil infrastructures, -security of the main roads, in particular the road south of Kiev”.

“President Putin has confirmed his willingness to commit to these three points”, according to the French presidency.

Emmanuel Macron also called for “respect for international humanitarian law and the protection of civilian populations as well as the delivery of aid, in accordance with the resolution brought by France to the UN Security Council”.

This exchange is the second between MM. Macron and Putin since the February 24 start of Russia’s invasion of Ukraine. They had already spoken on Thursday, the French president having already called him at the request of his Ukrainian counterpart.

“Mr. Zelensky considers that Mr. Macron is able to speak to Mr. Poutine”, we underline at the Élysée, while the French president is the only Western leader to have spoken with the master of the Kremlin since the start of the crisis.

During the exchange with Mr. Zelensky, Emmanuel Macron “again praised the sense of responsibility of the Ukrainian President in the perspective of the negotiations which are beginning and even though Ukraine is being attacked by Russia”, indicated the Elysium.