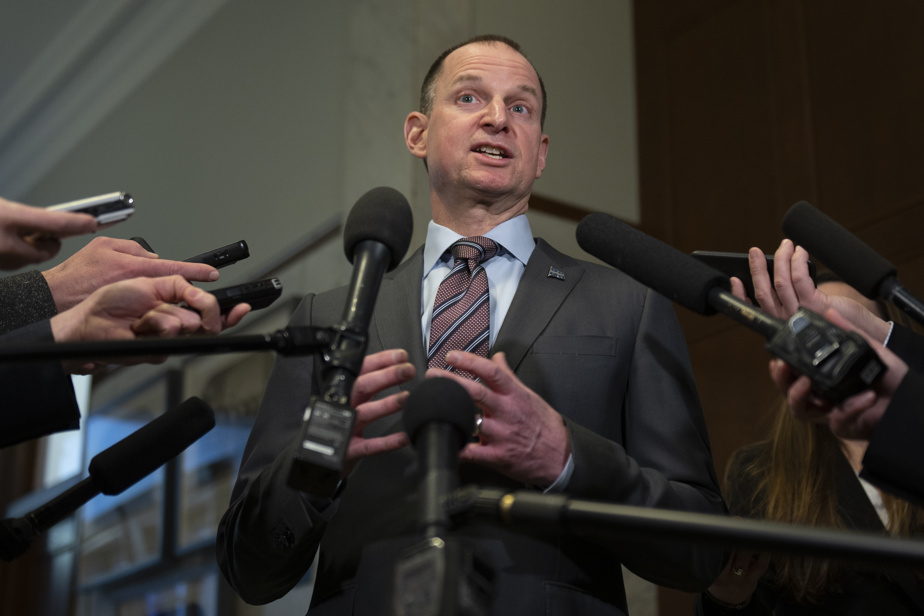 (Quebec) The war between Russia and Ukraine is likely to affect Quebecers in more than one way, according to Finance Minister Eric Girard, who warns that gas prices could rise further.

“The developments in the last hours are worrying, it creates uncertainty,” he said Thursday in a press scrum at the National Assembly.

“Since Russia is a major energy producer, it raises energy prices, it creates inflation and it could slow down the global economy,” he added.

Eric Girard will therefore provide in the budget that he will present on March 22 a reserve that may be larger, in order to counter the possible economic effects of the war in Ukraine.

Liberal finance critic Carlos Leitão had just invited the minister to rewrite part of his budget and set aside a provision of “a few billion dollars”.

Mr. Leitão, a renowned economist, warned of rising inflation. In his opinion, in a few months, Quebecers will remember the time when inflation was only at 5% as being “the good old days”.

“It will go a lot more than that in the months to come. The effect of inflation is cumulative: prices go up, up, up and it’s very rare that they go down,” he warned.

Upon his arrival, the Minister of the Economy, Pierre Fitzgibbon, expressed the obvious: “this is not good news”. He announced that he will support companies that will be affected by a possible embargo.

“Quebec companies that are dependent on Ukraine or Russia, because there may be some, we will help them. We’ve done it in softwood lumber, we’ve done it in every conflict,” Mr. Fitzgibbon said.

“I want to reassure all Quebec companies, if they have financial difficulties following the lack of international relations that there will be, we will be there,” he added.

Prime Minister François Legault was even more reassuring. According to him, the conflict should not harm the economic recovery too much. He notes that US President Joe Biden has ruled out military intervention.

” The dispute […] creates uncertainty, he said on the sidelines of an announcement in Maniwaki. On the other hand, […] if it’s limited to (economic) sanctions, I don’t think there’s going to be a major impact on the global economy. »

Quebec condemns the invasion, opens its door to refugees

In the morning, elected officials from all political parties condemned the Russian invasion, starting with Mr. Legault, who tweeted that “(his) thoughts accompany the Ukrainian people”.

“We sincerely hope to see a ceasefire quickly. The federal government can count on our full cooperation in the efforts it will undertake in this regard. »

Its Minister of International Relations, Nadine Girault, described the situation as “absolutely appalling”. Quebec will offer “material support”, humanitarian aid and take in its share of refugees, she said.

For Gabriel Nadeau-Dubois, of Québec solidaire, the scenes we are witnessing in Europe are “extremely worrying” and “unpublished for my generation”.

“It’s unacceptable,” he said, saying that he wholeheartedly supports the Ukrainian community in Quebec, which is going through “extremely difficult” times.

The parliamentary leader of the Parti Québécois, Joël Arseneau, deplores a “dark day for democracy in the West”.