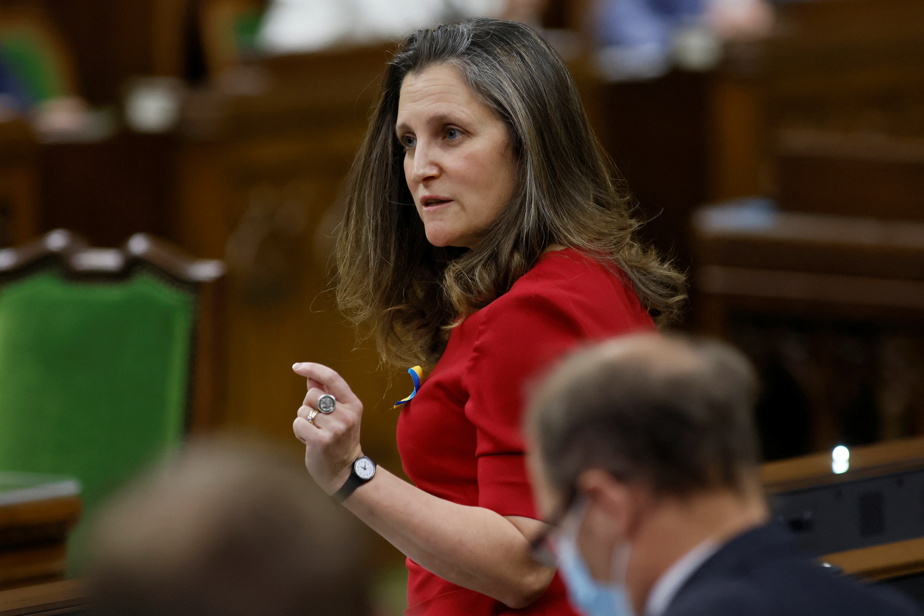 (Ottawa) Deputy Prime Minister Chrystia Freeland warns that Canada will soon impose new sanctions on the regime of Valdimir Putin and his accomplices, who continue their offensive against Ukraine.

“We will go even further in the coming days,” said the one who is also Minister of Finance at the opening of a press briefing on Tuesday.

Mme Freeland pointed out that she and her G7 counterparts spoke with Ukraine’s finance minister earlier in the day about the new measures to come.

“Our new measures will continue to target the institutions and individuals who help President Putin and allow him to act as he does,” insisted the Deputy Prime Minister.

She reiterated that the sanctions targeting Russia are the toughest ever imposed on a major country and a major economy.

She did not fail to maintain, again, that these measures aim to tighten the financial vice around Russia and its president, Vladimir Putin.

Defense Minister Anita Anand, for her part, indicated that Canada is adding 1,600 bullet-proof vests to its shipments of equipment to support Ukraine and nearly 400,000 individual meals. She clarified that these vests and meals have been claimed, to which Canada has acquiesced.

“I want Canadians to know that we are leaving no stone unturned to help our friends in Ukraine through military support,” added Ms.me Anand.