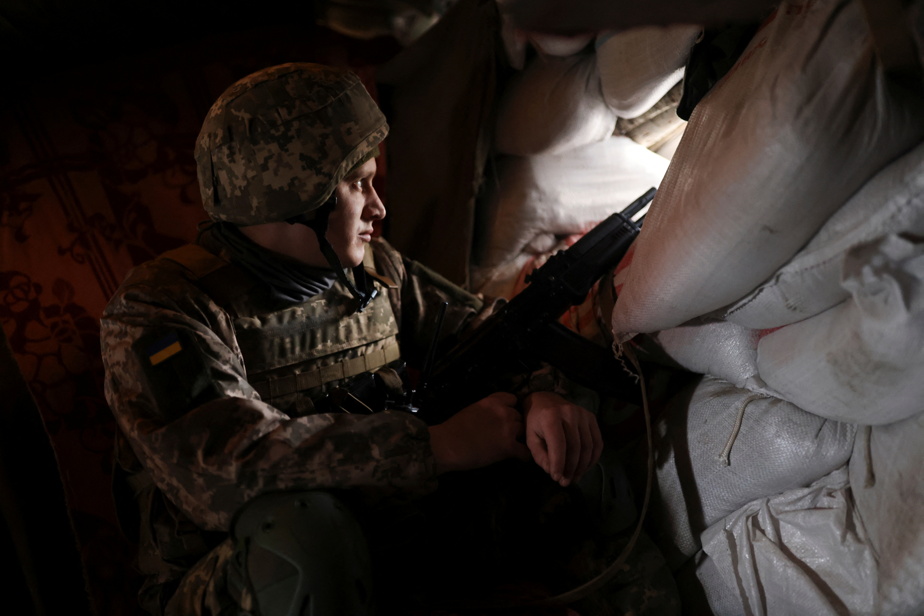 Russia threatens to intensify its military operations in Ukraine in the short term in order to take “total control” of large cities that have been surrounded for several days already.

A Kremlin spokesman, Dmitry Peskov, assured Monday that President Vladimir Putin had until then asked Russian troops to postpone any “rapid assault” to avoid heavy civilian casualties as the Ukrainian government and its allies blame them. multiple war crimes.

Mr. Peskov underlined in the same breath that the Russian operation was progressing “according to plans” and that the troops had all the equipment required to achieve the objectives set, dismissing suggestions by the American government that Moscow had asked for the help of China to replenish its arsenal.

The assurance shown by the Russian authorities contrasts with the assessment made by the US Department of Defense, which on Monday underlined the “limited progress” made by the Russian forces in recent days, including in the capital, Kyiv, despite ceaseless shelling and artillery fire.

The vice-rector for research at the Royal Military College Saint-Jean, Pierre Jolicoeur, points out that the damage inflicted in particular on the port city of Mariupol, where hundreds of thousands of people have been deprived of water and food for days , clearly show that the Russian forces “have not done in the lace” and are not very concerned about civilian casualties.

“If they could have taken control of it, they would have,” notes the analyst, who expects the Russian army to pay a heavy price if the Kremlin does indeed give the order to the army. to assault major besieged cities to control them completely rather than pound them from the periphery.

Moscow claims to have recruited thousands of Syrian fighters who could play a key role in potential urban fighting and reduce the number of Russian casualties, thereby minimizing the risk of popular discontent in the country, notes Mr. Jolicoeur.

“No one in Russia cares what will happen to them [aux combattants étrangers]. It’s cannon fodder,” he says.

The Kremlin shuts down the media in Russia, which portrays the ongoing military offensive in Ukraine as a “special operation” aimed at “denazifying” the country, but cannot completely stifle information from the ground.

An employee of a popular television station was arrested on Monday after holding up a sign denouncing the war during a newscast. Thousands of people who have called for an end to the fighting have been apprehended across the country in recent weeks.

As Russia maintains military pressure, the Ukrainian government is stepping up calls to its Western allies, urging them to do more to help the country’s military hold on.

President Volodymyr Zelensky, who is due to speak this Tuesday before the Canadian Parliament, has repeatedly asked NATO to set up a no-fly zone, but has come up against a categorical refusal, American and European leaders fearing a direct confrontation with Moscow likely to generate a conflict extending well beyond the borders of Ukraine.

The Ukrainian authorities are also calling for tougher economic and financial sanctions applied against Russia, which has already been targeted by several measures that precipitated a sharp fall in the rouble.

Germany, which is very dependent on Russian hydrocarbons, refuses in particular to commit to this. Economy Minister Robert Habeck said on Sunday that decoupling too quickly would lead to “mass unemployment” and prevent many of his compatriots from “heating their homes”.

The Kremlin can count, whatever happens, on its sales to China, which signed a major energy supply contract with Moscow a few years ago, valid for a period of 30 years.

The United States warned the Chinese government at a high-level meeting in Rome on Monday that any attempt to help Russia circumvent economic sanctions related to the invasion of Ukraine or supply it with weapons would have consequences, eliciting an angry reaction.

A spokesperson for China’s foreign ministry, Zhao Lijian, said his country was seeking to play a “constructive role in encouraging the holding of peace talks”.

“All parties involved must show restraint and seek to reduce tensions rather than add fuel to the fire,” he noted, accusing Washington of showing “sinister intentions” towards Beijing.

Several countries are trying to facilitate the conclusion of a ceasefire between the belligerents, but the talks held so far have not led to major progress. They are due to resume on Tuesday after a technical break.

The Russian president has so far shown himself to be insensitive to international condemnations of his action in Ukraine and therefore seems unlikely to be moved by a decision expected on Wednesday from the International Court of Justice.

Moscow boycotted the process launched at the request of the Ukrainian government, which urges the international organization to order the end of the offensive by disavowing the pretext of “genocide” put forward by the Kremlin to justify it.

Kyiv is also asking the Council of Europe, the main human rights organization on the continent, to exclude Russia from its ranks because of its action in Ukraine.

The Prime Minister of Ukraine, Denys Chmyhal, underlined that the European authorities had erred in the past in seeking to “appease the Russian aggressor” who, he accused, had just triggered a conflict “likely to become The Third world war “.