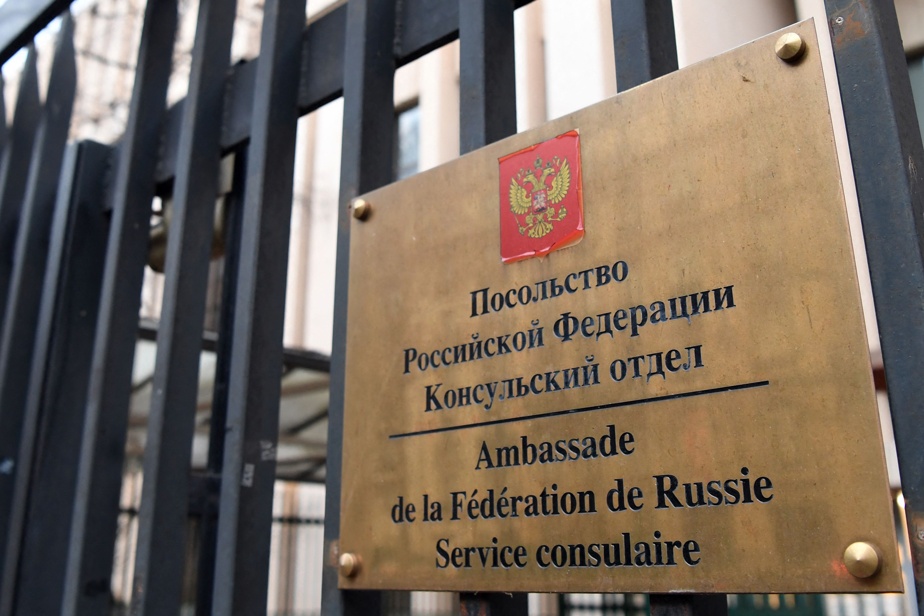 (Rome) After France and Germany on Monday, Italy, Spain and Slovenia in turn expelled Russian diplomats en masse on Tuesday, marking a further deterioration in relations with Moscow after the discovery of massacres attributed to the forces Russians near Kyiv.

The head of European diplomacy Josep Borrell for his part announced on Tuesday that he had decided to declare “persona non grata” several members of the Russian representation to the EU because of “activities contrary” to their status as diplomats, without saying how much or the date of their expulsion.

Italy has decided to expel 30 Russian diplomats for “national security” reasons. “This decision was taken in agreement with other European and Atlantic partners,” explained Prime Minister Mario Draghi, adding that Italy “with conviction” supported the new sanctions presented by the European Commission on Tuesday.

Romania on Tuesday declared “personae non gratae” ten members of the staff of the Russian embassy in Bucharest.

The Romanian Ministry of Foreign Affairs summoned the Russian ambassador to Bucharest, Valery Kuzmin, and “reiterated the firm condemnation of the crimes committed in Boutcha and in other localities in Ukraine, for which Russia is responsible”.

Westerners expressed their outrage this weekend after the discovery of dozens of bodies wearing civilian clothes in Boutcha, northwest of Kyiv, following the withdrawal of the Russians.

For its part, Russia firmly rejected its involvement, denouncing a Ukrainian “staging” aimed, according to Moscow, at denigrating the image of Russian soldiers.

In the wake of reports of Boutcha’s deaths, Lithuania announced the expulsion of the Russian ambassador “in response to Russia’s military aggression against sovereign Ukraine and the atrocities committed by the Russian armed forces”. .

Germany announced the same day that it was expelling “a high number” of Russian diplomats stationed in Berlin, according to Foreign Minister Annalena Baerbock. According to information from AFP, their number would rise to 40.

A few minutes later, France announced the expulsion of 35 Russian diplomats “whose activities are contrary to (its) interests”, according to a source close to the French Ministry of Foreign Affairs.

Spanish Foreign Minister Jose Manuel Albares expressed Madrid’s outrage at Boutcha’s “unsustainable images” while announcing that the Russian ambassador to Madrid was staying to keep the dialogue open because “we don’t lose hope that war of Putin will stop”.

At the end of the afternoon, Slovenia expelled 33 and Estonia 14, making a total of nearly 200 Russian diplomats expelled from Europe in 48 hours.

Slovenia also summoned the Russian ambassador to express to him “the shock caused by the death of Ukrainian civilians”, and recalled for consultations its ambassador in Moscow, Branko Rakovec.

Estonia, for its part, has closed the Russian consulate general and consular offices.

On March 29, Belgium announced the expulsion within 15 days of 21 people working for the Russian embassy and consulate, suspected of involvement “in operations of espionage and influence threatening national security”.

The same day, the Netherlands had decided to expel 17 people “accredited as diplomats to Russian representations in the Netherlands” but “secretly active as intelligence officers”.

On March 23, Poland announced, through its Interior Minister Mariusz Kaminski, the expulsion of 45 “Russian spies posing as diplomats”.

The Kremlin for its part denounced on Tuesday the European “lack of foresight”: “We regret it. The reduction of the possibilities of communicating at the diplomatic level in these difficult conditions” denotes a “lack of foresight which will further complicate” relations between Russia and the EU, castigated the spokesman of the Kremlin, Dmitry Peskov. “And that will inevitably lead to retaliatory measures,” he warned.