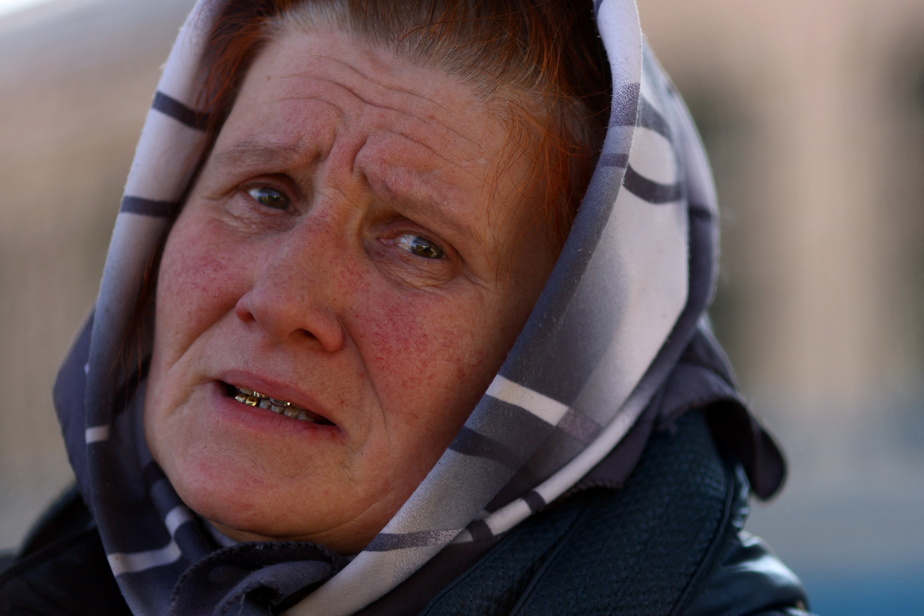 (Geneva) Nearly 3.5 million people have fled Ukraine and the fighting sparked by the invasion of the Russian army on February 24, according to the UN count published on Monday.

Ten million people, more than a quarter of Ukraine’s population in territories controlled by Kyiv before the conflict, have now fled their homes due to Russia’s “devastating” war, the High Commissioner revealed on Sunday. United Nations for Refugees Filippo Grandi.

The High Commissioner for Refugees (UNHCR) listed exactly 3,489,644 Ukrainian refugees on its dedicated website around 8 a.m. EDT. These are 100,600 more than during the previous score on Sunday.

Some 90% of those who fled Ukraine are women and children, Ukrainians between the ages of 18 and 60 can be called up and are not allowed to leave the country.

According to UNICEF, more than 1.5 million children are among the fugitives.

Some 186,000 third-country nationals have fled Ukraine, the International Organization for Migration (IOM) said.

Europe had not seen such a rapid influx of refugees since World War II.

Four million people may want to leave the country to escape war, according to UN forecasts.

Before this conflict, Ukraine was populated by more than 37 million people in the territories controlled by Kyiv – which therefore does not include the Crimea (south) annexed by Russia, nor the eastern areas under the control of the separatists. prorussians.

Poland alone hosts more than half of all refugees who have fled since the start of the Russian invasion – around six out of every 10 refugees.

Since February 24, 2,083,854 people fleeing the conflict in Ukraine have entered Poland, according to UNHCR’s tally.

Before this crisis, Poland was already home to around 1.5 million Ukrainians who came, for the most part, to work in this member country of the European Union.

According to the UN refugee agency, 535,461 people have traveled to Romania, according to a count as of March 20. As with Moldova, many refugees decide to move on once they are safe.

After their arrival in Moldova, a small country of 2.6 million inhabitants and one of the poorest in Europe, some of the refugees continue their journey to Romania or Hungary, often to find family.

According to the UNHCR, 365,197 people entered Moldova.

Hungary has taken in 312,120 Ukrainians so far, according to UNHCR figures released on Sunday.

The country has five border crossings with Ukraine. Several border towns, such as Zahony, have converted public buildings into relief centres, where Hungarian civilians come to offer food or assistance.

According to the updated UNHCR update on March 17, 250,036 Ukrainians have gone to Slovakia.

The number of people who have found refuge in Russia stands at nearly 231,764 as of March 20.

UNHCR also notes that between February 21 and 23, 50,000 people crossed from the pro-Russian separatist territories of Donetsk and Luhansk into Russia.

The UNHCR has deleted the section concerning the other European countries and specifies that for the countries bordering Ukraine which are part of the Schengen area (Hungary, Poland, Slovakia), the figures presented by the High Commissioner are those of people who crossed the border and entered the country. The UNHCR estimates that “a large number of people have continued on their way to other countries”.

In addition, the organization indicates that it does not count people from neighboring countries who leave Ukraine to return home.