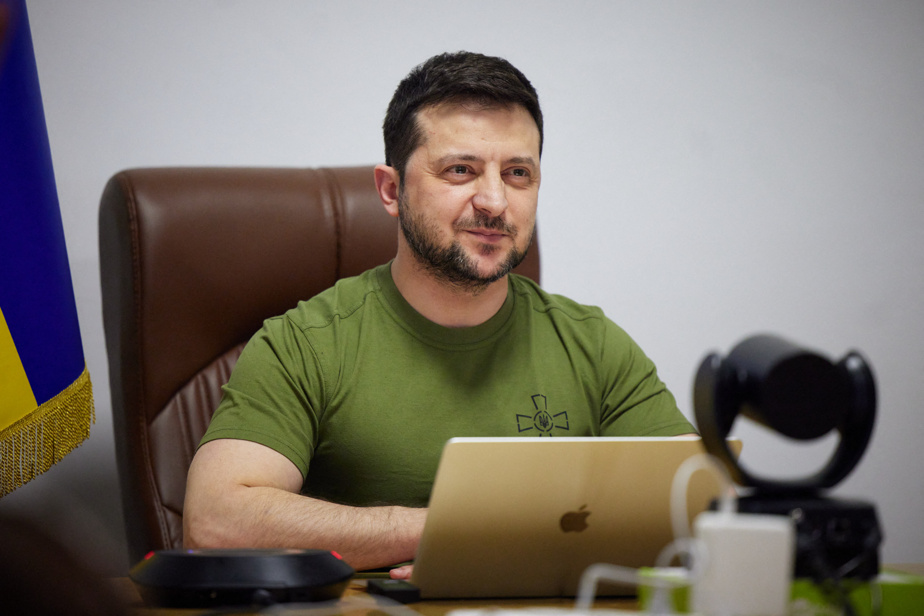 (United Nations) Russia on Wednesday asked for a further postponement of a UN Security Council vote on its “humanitarian” draft resolution on Ukraine, now expected on Friday, some diplomats judging that the text could ultimately be abandoned for lack of sufficient support from Moscow’s closest allies.

At the same time, discussions are underway, according to other diplomatic sources, for Ukrainian President Volodymyr Zelensky to speak before the UN General Assembly before which a resolution on humanitarian aid could be put to the vote “very soon “.

By announcing on Tuesday the tabling of a draft resolution in the Security Council, Russia had asked for a vote on Wednesday before changing its mind for a vote on Thursday afternoon. The goal is now “Friday morning,” Deputy Russian Ambassador to the UN Dmitry Polyanskiy told AFP.

Unless it is postponed “sine die”, indicates a diplomat on condition of anonymity to AFP, referring to “consultations” on Wednesday which “did not go far”. “The Russians are not sure of having the minimum support” they hoped for, he adds, implicitly evoking two heavyweights of the Security Council, China and India.

These two countries had abstained on February 25 during the vote on an American-Albanian resolution denouncing the “aggression” of Ukraine, a text which Moscow had vetoed. The abstention of China, which could have voted against, was then noticed.

For the Russian resolution supposed to defend humanitarian aid and condemn the attacks against civilians in Ukraine, the three African countries of the Council could also join in the vote “against” expected from the six Western countries, further isolating Russia.

Questioned in the morning by journalists on the possibility of a video intervention by the Ukrainian president before the General Assembly, like the one made before the American Congress, Mona Juul, Ambassador of Norway to the UN, member non-permanent of the Security Council, replied approving it.

“I speak on instinct: it’s a good idea,” she said before embarking on the submission to the United Nations General Assembly of a draft resolution of Franco-Mexican origin, intended to call for a “cessation of hostilities”, the protection of civilians and the delivery of humanitarian aid.

Asked about the date of voting for this new resolution in the General Assembly, the Mexican ambassador to the UN, Juan Ramon de la Fuente Ramirez, indicated that it would be “very soon”. “In the days to come,” he added, emphasizing the need, according to him, for the 193 members of the UN to speak out again on the war waged by Russia against Ukraine.

On March 2, at the initiative of the European Union, the Assembly overwhelmingly approved a first text condemning Russia for its February 24 invasion of Ukraine. The resolution, described as “historic” because of its final score, had collected 141 votes in favor, 5 countries voting against and 35 abstaining.