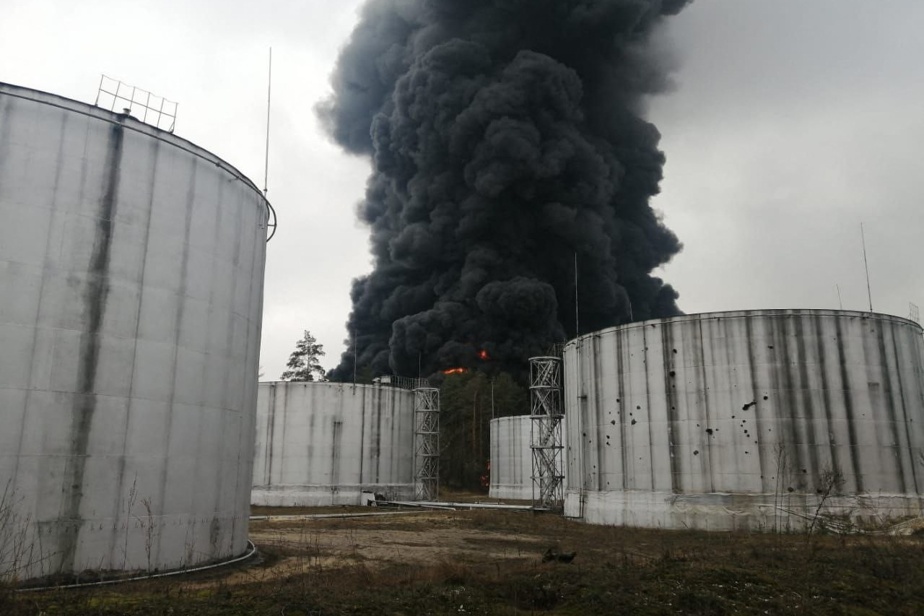 (Paris) Hundreds of NGOs on Friday called on the world to end its “dependence on fossil fuels” which they see as a driving force behind the Russian invasion of Ukraine.

It is “clear that the (Russian) war machine has been funded, nurtured and fueled by the coal, oil and gas industries that are fueling both the invasion that threatens Ukraine and the climate crisis that threatens Ukraine. ‘future of humanity,’ write in an open letter these organizations, including 350.org, Climate Action Network or Carbon Market Watch, as well as dozens of Ukrainian groups.

“Putin deliberately weaponized fossil gas to increase his energy dominance over the European Union and to threaten European nations that would come to Ukraine’s aid. This must stop! “, add the signatories of this text addressed to all the countries importing Russian oil and gas.

“We call on you to work urgently with your European colleagues to put an end to this dependence on fossil fuels once and for all”, they add, calling for a boycott of Russian fossil fuels and a halt to international investments in this sector. in Russia.

“However, it is imperative that the world does not just replace fossil fuels produced in Russia (especially fossil gas) with other fossil fuels from other countries (especially liquefied natural gas)”, insist the petitioners.

“Dependence on coal, oil and gas means intentionally espousing death, misery and collapse on a global scale. It is our duty to be aware of this situation if we want a livable future,” they add.

The latest report from UN climate experts (IPCC) published on Monday details the large-scale and sometimes irreversible impacts of climate change on humanity. Warming caused by human activities, in particular the use of fossil fuels.