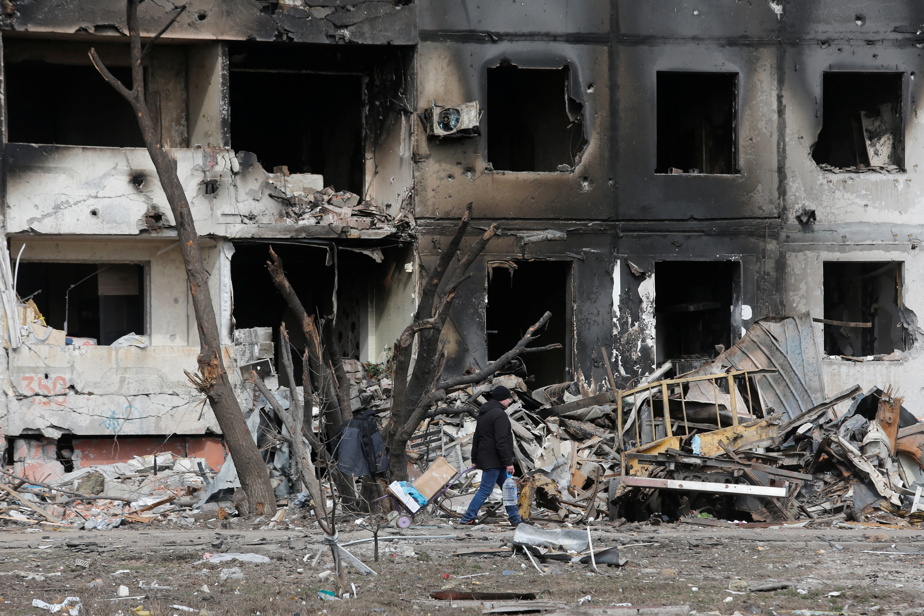 (Berlin) The perpetrators of war crimes perpetrated in Ukraine, where the Russian army is accused of bombing civilian populations, will be “accountable” before international justice, G7 foreign ministers warned in a statement on Thursday common.

The heads of diplomacy of this group chaired this year by Germany “welcomed the work of investigation and collection of evidence in progress, including by the prosecutor of the International Criminal Court” in Ukraine.

“Those who commit war crimes, including through the indiscriminate use of weapons against civilians, will be held to account,” the German, French, Italian, American, Japanese, Canadian and Italian ministers stressed in this statement. .

The prosecutor of the International Criminal Court (ICC), which is investigating allegations of war crimes in Ukraine, visited the country on Wednesday and spoke by videoconference with Ukrainian President Volodomyr Zelensky.

The prosecutor opened an investigation into the situation in Ukraine on March 3, after receiving the green light from more than 40 states that are part of the ICC.

The ICC, which sits in The Hague, was created in 2002 to try individuals prosecuted in particular for war crimes, crimes against humanity or acts of genocide.

In addition, the International Court of Justice (ICJ), based like the ICC in The Hague and responsible for settling disputes between States, ordered on Wednesday the immediate cessation of the Russian offensive in Ukraine.

The G7 ministers call on Russia “to comply” with this order of the ICJ, the highest UN court.

Russia, which says it intervened militarily to end a “genocide” against pro-Russian separatists in eastern Ukraine, on Thursday rejected the decision.

The judgments of the ICJ are binding and without appeal, but the court, which bases its conclusions mainly on treaties and conventions, has no means of enforcing them.

“Until now, Russia has pretended to comply with international law. If it does not agree to follow up on this order, it is obviously outside international law and without any dispute, “said a French diplomatic source, however.

France has said that it is ready for its part to “intervene” alongside Ukraine in the proceedings of the ICJ when the latter examines the merits of the Russian military intervention and the accusations of violations of international law by Moscow.

“This case also concerns our fundamental interests for the full respect of international law”, noted the spokesperson for French diplomacy, Anne-Claire Legendre.

Such state interventions, permitted by the statute of the ICJ, remain rare. According to a French diplomatic source, other G7 and European countries could join France in this process. “We will do it in a concerted way,” added the same source.

This examination of the merits of the conflict between Russia and Ukraine will take “at least two years”, the same source said. The intervention of third States can strengthen the legal position of the party for which they commit.