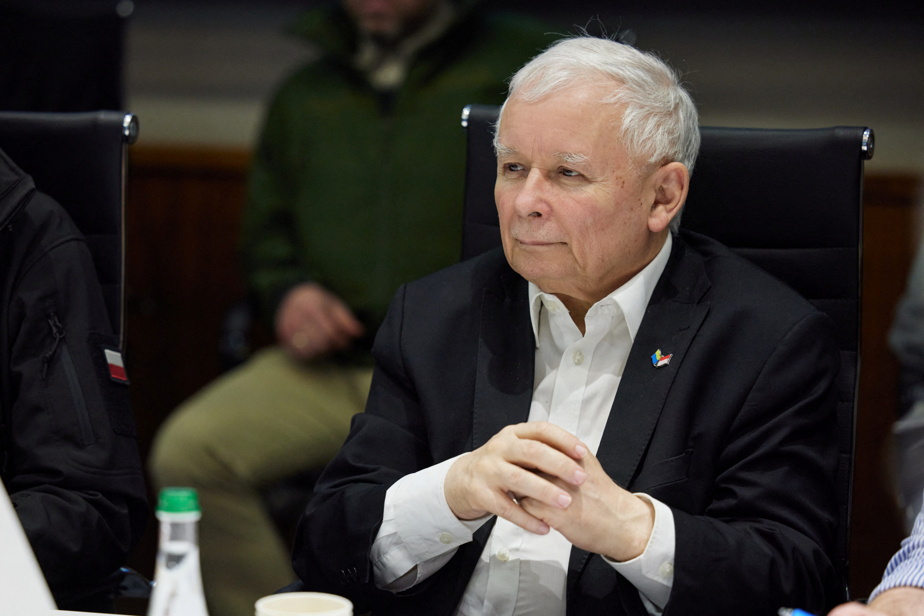 “This mission cannot be an unarmed mission. It must seek to provide humanitarian and peaceful aid in Ukraine,” Kaczynski was quoted as saying by Polish news agency PAP.

This is the first visit by foreign leaders to Kyiv since the Russian attack began on February 24.

“I believe that we need a NATO peacekeeping mission, or even possibly a larger international structure, but a mission that will be able to defend itself and that will act on Ukrainian territory, which will be on Ukrainian territory of this country with the agreement of the president and the government of Ukraine and it will not be a mission without defence”, he detailed.

It “will strive to establish peace, to provide humanitarian aid, but at the same time it will be protected by appropriate forces, armed forces,” said Kaczynski, who is also the leader of the ruling conservative party. in Poland and is considered the main strategist of government policy.

Polish Prime Minister Mateusz Morawiecki once again called on the European Union to “very quickly give Ukraine candidate status” and added: “We will try to organize defensive weapons”.

The three Prime Ministers, together with Mr Kaczynski, and the Czech Prime Ministers Petr Fiala and Slovenian Prime Minister Janez Jansa decided to travel to Kyiv to affirm the EU’s “unequivocal support” for the sovereignty and independence of Ukraine and to present a comprehensive package of support measures for the Ukrainian state and society,” the statement posted on the Polish government website said.

Shortly after their arrival, Mr. Chmygal had praised “the courage of the true friends of Ukraine”.

The leaders traveled to Kyiv as Russian forces attempt to besiege the Ukrainian capital, which is under curfew, and their fire hits some neighborhoods.

A European source in Brussels indicated that although the three heads of government are members of the European Council and therefore are its representatives, they do not have an official mandate from the Council, since there has been no conclusion on the matter. formally adopted at Versailles.

This source recalled that French President Emmanuel Macron did not have such a mandate either when he visited Moscow.

The practical preparations were then managed by Mr. Morawiecki who consulted again during the night from Monday to Tuesday Mr.me von der Leyen and M. Michel, indicated in Warsaw the services of the Prime Minister.

The Russian offensive in Ukraine intensified on Tuesday, with a series of strikes on Kyiv placed under curfew, despite a resumption of talks aimed at reaching a ceasefire and a major concession from the Ukrainian president, who s is said to be ready to give up NATO membership.