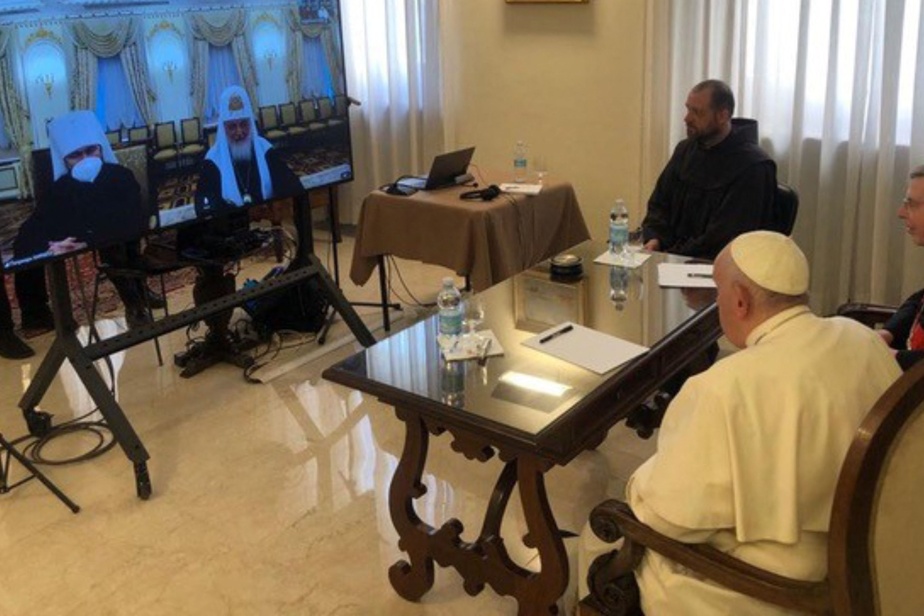 (Vatican City) Pope Francis said “the Church must not use the language of politics” during a video call on Ukraine on Wednesday with Orthodox Patriarch Kirill, an ally of President Vladimir Putin.

Since the beginning of the Moscow offensive on February 24, the leaders of the two Churches have had fundamentally different attitudes, the pope distinguishing himself by multiplying calls for peace.

According to the Vatican, this interview focused on “the war in Ukraine and the role of Christians and their pastors in doing everything to make peace prevail”.

“We must unite our efforts to help peace, to help those who suffer, to seek ways to achieve peace, to silence the guns,” the pope urged.

“Those who pay the price of war are the people, it is the Russian soldiers and the people who are bombed and who die,” the pope said. “War is never the solution,” he insisted.

During a public prayer on Wednesday, he asked God for forgiveness on behalf of humans who “continue to drink the blood of the dead torn apart by weapons”.

Patriarch Kirill, for his part, justified the Russian military operation during a sermon on February 27, seeing it as a confrontation against the “forces of evil” who “fight the historical unity” between Russia and Ukraine.

On March 13, he also offered an icon to the head of the Russian National Guard (Rosgvardia), hoping that this pious image “inspires the young fighters” of this military force actively engaged in Ukraine.

This attitude has earned Kirill protests from part of his clergy in Ukraine, which is divided mainly between two Orthodox Churches, one independent, and the other attached to the Patriarchate of Moscow.