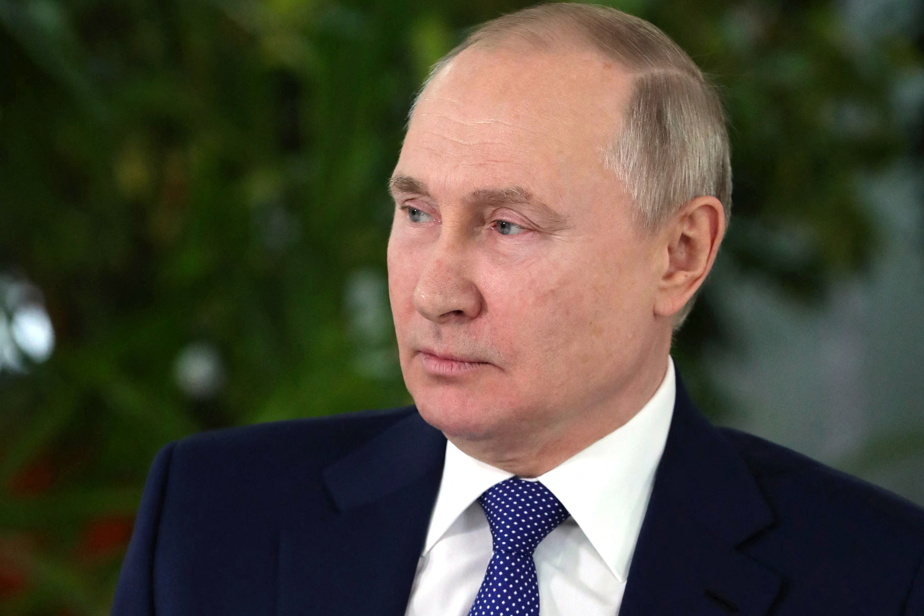 (Paris) In a nearly two-hour interview with Emmanuel Macron, Vladimir Putin said his determination to achieve his goals “either through negotiation or through war”, the French president reiterating his “serious concern” about nuclear security , according to the Elysee.

The Russian president assured Emmanuel Macron, according to the French presidency, that he “was not planning to carry out attacks on nuclear power plants” in Ukraine and said he was “ready to respect the standards of the IAEA (International Atomic Energy Agency) for the protection of power plants”.

But Friday’s attack on the Zaporozhye nuclear power plant, the largest in Europe, which Russian troops have taken control of, has raised fears of the worst.

Emmanuel Macron reiterated to Vladimir Putin his “serious concern” for the security of Ukrainian nuclear sites. He insisted on “the imperative that concrete measures be taken to respond to it”, according to the Élysée.

Concern also relayed in the evening to Ukrainian President Volodymyr Zelensky to whom the French President said that Vladimir Putin had “gave him his agreement for joint work to be undertaken on the basis of the recommendations of the International Atomic Energy Agency “.

Monday, during a meeting of the board of governors of the IAEA, its director should make proposals for the security of Ukrainian power plants.

Meanwhile, the IAEA on Sunday expressed its “deep concern” following reports indicating a breakdown in communications with the Zaporozhye power plant.

As a sign of concern, French Foreign Minister Jean-Yves Le Drian confirmed that France had sent “various medical products”, including iodine to Ukraine. The French ambassador to Ukraine reported, on the BFMTV channel, the supply in the coming days of “2.5 million doses of iodine to be able to ward off any nuclear danger”.

Moreover, and while Washington reports “very credible” information according to which Russia has committed war crimes in Ukraine, Vladimir Putin again “denies that his army targets civilians”, during his interview with President Macron, still according to the Élysée.

The International Criminal Court has opened an investigation into the situation in Ukraine.

“We know that Kharkiv is under heavy siege and heavy shelling, as well as Mariupol, and that Kyiv is about to be surrounded,” added the Elysée, while the images of destruction are reminiscent of those of ‘Aleppo during the war in Syria or Grozny during that of Chechnya.

On the ground, “the longer the conflict lasts, the more the risk of seeing forms of brutal war increases”, underlined advisers to the French presidency.

“The chemical risk is not proven,” said an adviser questioned on this subject, “but we have seen how Russia was able to behave in Chechnya or in Syria or, through militias, in the Central African Republic or in Mali” . “It does not prejudge what Russia will do in Ukraine, but it does require finding a way to get the fighting to stop as quickly as possible,” he added.

Vladimir Putin, who accuses the Ukrainians of preventing the evacuation of civilians, felt that “the responsibility fell to the Ukrainians to let the population of the surrounded cities go”, according to the Elysée.

For Emmanuel Macron, the Russian president remains “very determined to achieve his objectives”, including “what he calls the ‘denazification’ and neutralization of Ukraine” as well as the recognition of Crimea as Russian territory and the independence of Donbass. Requirements which are, according to Paris, “unacceptable for Ukrainians”.

“It is not impossible that we will take new sanctions soon,” announced the Elysee, without specifying whether they could go so far as to limit imports of Russian gas and oil, on which several European countries depend.

“The objective remains not to wage war on Russia, but to change Vladimir Putin’s calculations,” repeated Emmanuel Macron’s advisers.

Moscow has warned Ukraine’s neighbors against welcoming fighter jets from Kyiv as the US says it is ‘actively working’ on a deal with Poland to send fighter jets .