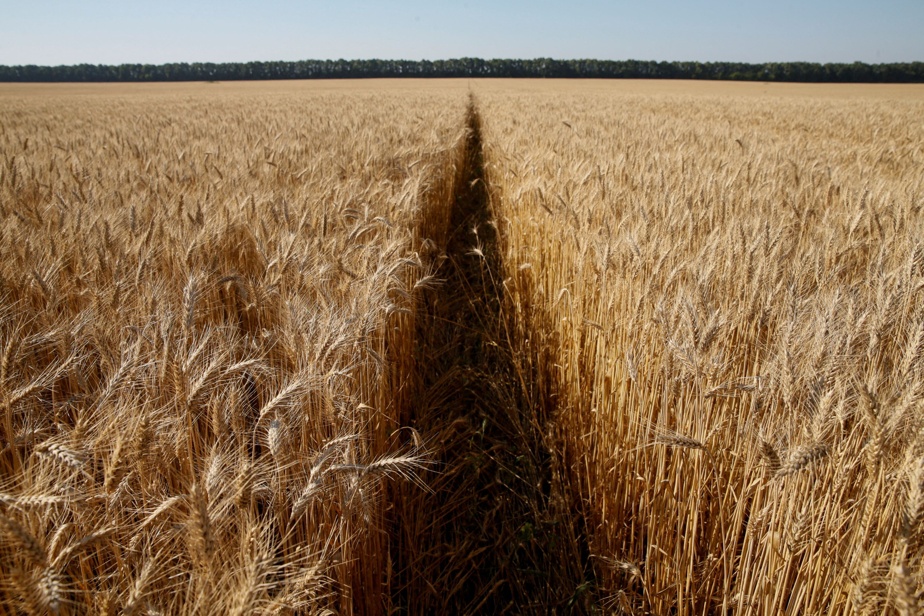 (Ottawa) The United Nations World Food Program (WFP) warns that millions of people in developing countries and conflict zones will be on the brink of starvation due to the Russian invasion of Ukraine, one of the most major wheat exporting countries in the world.

The humanitarian agency is therefore calling on Canada and other major wheat exporters to open their silos to urgently fill the shortage which the WFP says could lead to the starvation of millions of people in countries, such as the United States. Ethiopia, Yemen and Sudan.

The United Nations program and many developing countries, including Lebanon and Bangladesh, depend on Ukraine, known as the breadbasket of Europe, for their wheat supply.

However, soaring grain costs and disrupted supplies from Ukraine and Russia have raised alarms about a global food crisis.

On Friday, Canada’s Agriculture and Agri-Food Minister Marie-Claude Bibeau will attend an emergency meeting with her G7 counterparts to discuss the impact of the Russian invasion on global food security.

Mme Bibeau said Canada is aware of the seriousness of the situation, is monitoring it closely and wants to help.

“The global wheat supply chain has been significantly affected by this conflict,” the minister acknowledged in a statement.

“While Canada, as the world’s leading exporter of many key agri-food products, is working with its allies on how it can contribute to efforts, Canadian wheat production has been significantly reduced due to drought this year. last and there is not a significant amount of wheat available on the market before the next harvest,” she said.

He said another 158,000 tonnes came from Russia and the organization also buys wheat from Canada, one of its biggest donors.

He called on Canada and other grain exporters to make up the shortfall, either by donating from their stocks or selling their supplies at a discount to aid agencies.

“It can’t be worse,” Husain said to illustrate the urgency of the situation.

It is essential that major producers such as Canada and Australia kindly provide wheat to aid agencies. Five million people in Yemen alone are on the brink of starvation.

The price of wheat has risen sharply since the start of the war, making it more expensive for developing countries, aid agencies and other importers.

Shipping companies that usually transport grain and vegetable oil from Ukraine and Russia are also unable to approach ports safely.

Mr Husain said they have also seen their insurance and fuel costs skyrocket.

During his visit to London on Monday, Prime Minister Justin Trudeau said Russia’s invasion of Ukraine was having a “ripple effect” around the world, including on the United Nations World Food Programme.

Last week, Sandra McCardell, assistant deputy minister at Global Affairs Canada, told the Senate Foreign Affairs Committee that the federal government was looking into the possibility of a food shortage.

“It is not just a question of Ukraine and Russia here and we must absolutely be ready,” she said on March 3.

For his part, the general manager of a western Canadian grain growers’ association, Dave Quist of the Western Canadian Wheat Growers Association, doubts that Ukrainian farmers will be able to plant their seeds in time to be able to to harvest in the fields in August and September.

He also pointed out that many Canadian farmers had already brought in their seeds to produce other crops this spring and therefore it was difficult for them to plant wheat on such short notice.