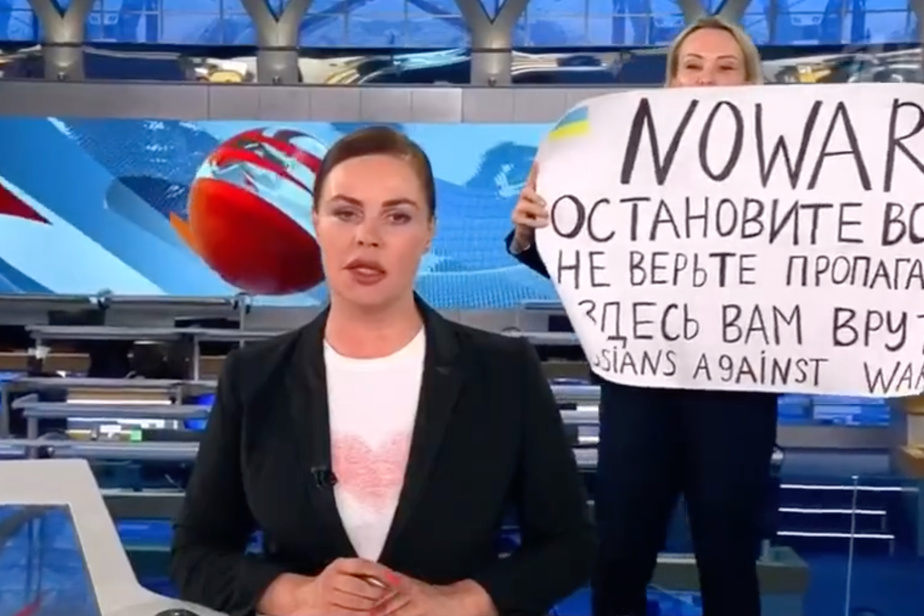 (Washington) Russian journalist Marina Ovsiannikova, who became an anti-war muse after her appearance on a pro-Kremlin television news, called on the people of her country on Sunday to denounce the Russian army’s offensive in Ukraine.

“The times are very dark and very difficult, and every person who has a civic opinion, and who wants to make that opinion known, must make their voice heard. It is very important,” she said in an interview with the American television channel ABC.

Marina Ovsiannikova appeared live last Monday during Russia’s most watched television news, on the Pervy Kanal channel, with a sign criticizing Moscow’s military operation in Ukraine and denouncing the “propaganda” of the media controlled by power.

On ABC, she explained that she wanted to do an act that has “more impact and attracts more attention” than the street demonstrations that are suppressed by the police.

“I could see what was actually happening in Ukraine and what my channel’s programs were showing was very different,” she said.

By appearing with a sign in hand behind the newspaper presenter, the 43-year-old journalist wanted to “show the rest of the world that Russians are against war, expose propaganda for what it is, and perhaps encourage people to denounce the war”.

“I was hoping that my act, in a way, could change people’s minds,” she concluded.

Briefly arrested, then sentenced in the process to a simple fine and left free, Marina Ovsiannikova, who has since left the channel, risks criminal proceedings punishable by heavy prison sentences, under the terms of a recent law repressing any “false information” on the Russian army.