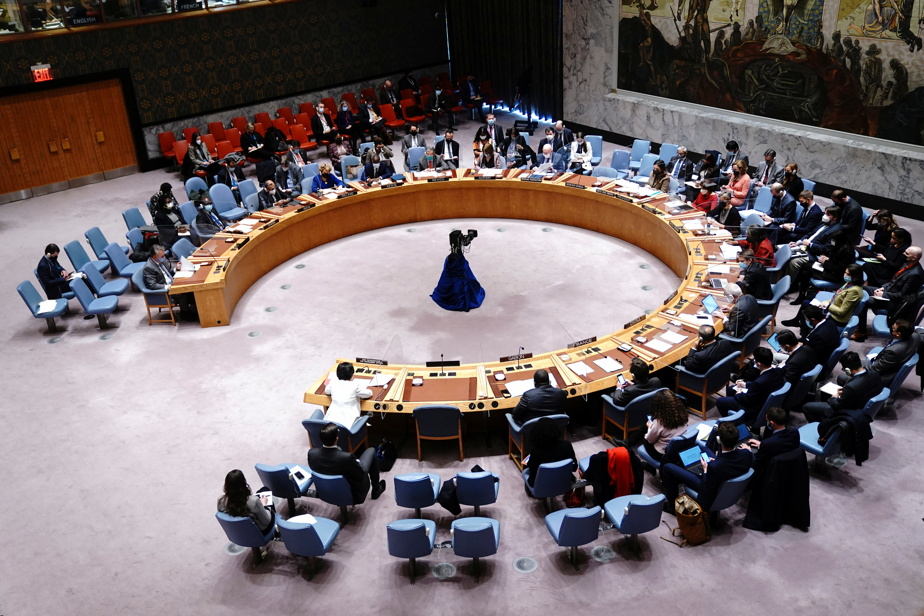 (United Nations) The UN will have several meetings this week devoted to Russia’s war in Ukraine, without it being certain at this stage that they will lead to the adoption of a text, according to diplomats.

On Monday, the Security Council will discuss the Organization for Security and Cooperation in Europe. President in 2022 of the OSCE, the Polish Minister of Foreign Affairs, Zbigniew Rau, should intervene during the session, said one of these sources.

This is annual, but will take a particular turn with the war in Ukraine, with probably new calls for peace.

For the past two weeks, a draft Franco-Mexican resolution on humanitarian aid has also been discussed between certain members of the Security Council. No date has yet been put forward for a vote which was originally hoped for in early March.

On Friday, the Chinese ambassador to the UN, Zhang Jun, told AFP that he had not yet seen a finalized text.

According to a version of the draft, obtained by AFP, the Council would deplore “the disastrous humanitarian consequences of the hostilities against Ukraine”, demanding “an immediate cessation of hostilities” and “of all attacks against civilians”. The text would also require the protection of “civilians, including humanitarian personnel and vulnerable people, including children”.

This project risks a veto from Russia, which rejects any political text, according to diplomats, some of whom suggest submitting it directly to the UN General Assembly (193 members). The veto does not exist in this forum where the resolutions are not binding like those of the Security Council.

On March 2, the General Assembly overwhelmingly approved a resolution condemning Russian “aggression” and “demanding” from Moscow its “immediate halt”. A total of 141 countries voted for, 5 against, 35 abstaining.

The prosecutor of the International Criminal Court (ICC), the Briton Karim Khan, who would participate in such a meeting, on Friday urged the parties in Ukraine not to use heavy weapons in populated areas.

The ICC, which sits in The Hague, was created in 2002 to try individuals prosecuted in particular for war crimes, crimes against humanity or acts of genocide.

Ukraine has not signed the Rome Statute, the ICC’s founding treaty, but in 2014 it formally recognized the court’s jurisdiction over crimes committed on its territory.

Moscow withdrew its signature from the Rome Statute in 2016. Russians could only be prosecuted if they are arrested on the territory of a State respecting the jurisdiction of the ICC.