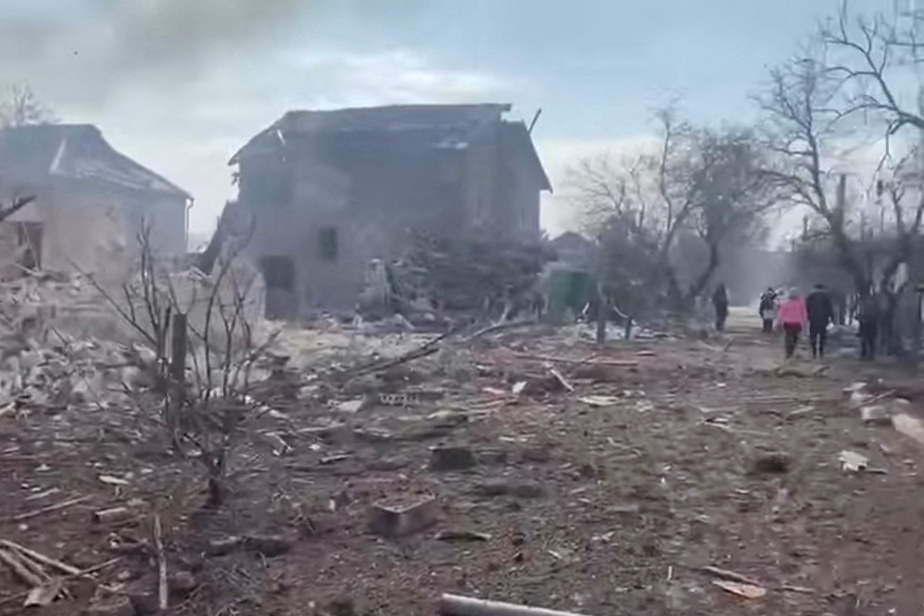 (Paris) Russia said on Monday that it could launch assaults to take full control of major cities in Ukraine, on the 19and day of its invasion, marked in particular by the evacuation of thousands of civilians from Mariupol.

The Russian army, which continues its maneuvers to encircle the capital Kyiv, does not rule out “taking full control of the major cities which are already surrounded”, the Kremlin said, denying that President Vladimir Putin is disappointed by the slow progression of its forces, as asserted by Western officials and experts.

The orders of the Russian president have so far been “not to launch a rapid assault on major urban centers, including Kyiv” in order to minimize civilian casualties, assured his spokesperson, while according to the British ministry of Defense “Indiscriminate Russian shelling and air attacks are causing widespread destruction”.

Commenting on the latest maps of the axes of the Russian invasion, Philipps Payson O’Brien, professor of strategic studies at the University of Saint Andrews signaled “a strategic catastrophe in prospect” for Moscow.

“A push on Kyiv, an attempt to take Sumy […] the continuation of the bombardments of Kharkiv, the siege of Mariupol, an attempt on Odessa, even another against Dniepro. No chance they can do any of this,” he wrote on Twitter.

Two people were killed Monday in Russian bombardments on the capital which targeted a residential building and the Antonov aeronautical factory, announced the town hall.

Ukraine on Monday accused the Russian army of having again cut off the power supply to the Chernobyl nuclear site, north of Kyiv, under Russian control since the first days of the invasion.

In Donetsk (East), pro-Russian separatists said Monday that a Ukrainian missile had killed at least 17 people and injured around 20 in the center of this large industrial city.

Further west, in another large industrial city, Dnipro, where civilians fleeing Kharkiv or Zaporozhye flock, the warning sirens sounded Monday morning for five hours, for the first time since the start of the invasion.

For the first time since the siege of Mariupol began by Russian and pro-Russian separatist forces nearly two weeks ago, some 160 cars were able to exit through a humanitarian corridor to Zaporozhye on Monday, the municipality of this strategic port on the Sea of ​​Azov, without specifying how many people were involved.

The capture of this strategic city would make it possible to establish total territorial continuity between the Russian forces coming from Crimea, annexed by Moscow, and the separatist and Russian troops from Donbass (East).

At least 11 people were killed Sunday by Russian strikes on Mykolaiv, seen as a lock on the road to Odessa, Ukraine’s largest port, about 130 km further west, authorities said.

The west of the country, long spared, is now affected. Russian airstrikes hit the Yavoriv military base near the Polish border overnight from Saturday to Sunday, killing 35 and injuring 134, according to Ukrainian authorities.

“About 1,300” Ukrainian soldiers have been killed since the start of the Russian invasion on February 24, Ukrainian President Volodymyr Zelensky said on Saturday.

At least 636 civilians, including around 50 children, have been killed in Ukraine and more than 1,100 injured, according to the latest UN count, which stresses that its tolls are probably much lower than the reality.

The municipality of Mariupol claims that nearly 2,200 residents died in this city alone.

More than 2.8 million people have fled Ukraine since the start of the invasion, more than half of whom have been received in Poland, the United Nations High Commissioner for Refugees (UNHCR) said on Monday.