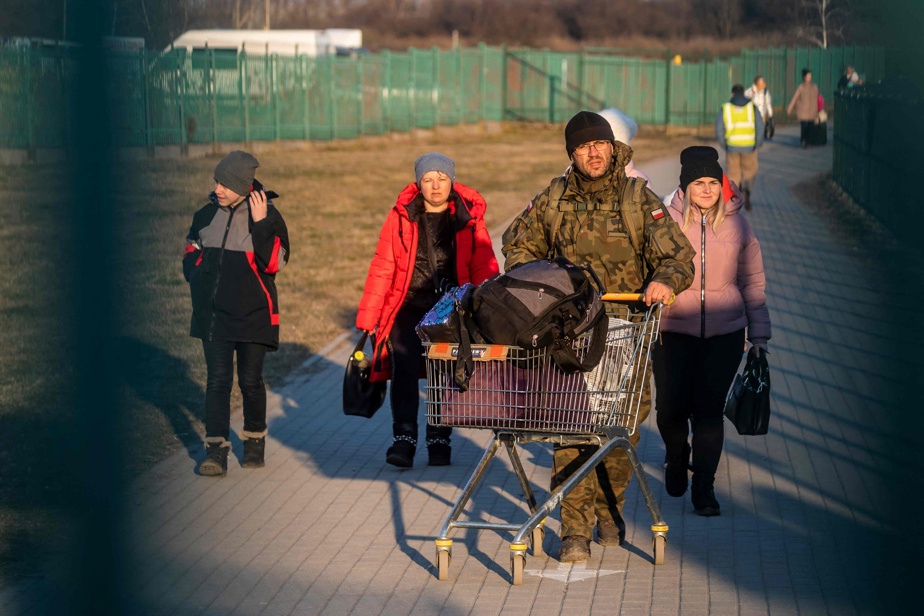 (Geneva) Ten million people, more than a quarter of Ukraine’s population, have now fled their homes due to Russia’s “devastating” war, the UN High Commissioner for Refugees said on Sunday. Filippo Grandi.

“The war in Ukraine is so devastating that ten million people have fled, either internally displaced or refugees abroad,” Grandi said on Twitter.

“Among the responsibilities of those who wage war, everywhere in the world, is the suffering inflicted on civilians who are forced to flee their homes,” he added.

The United Nations refugee agency (UNHCR) said on Sunday that 3,389,044 Ukrainians had left the country since the beginning of the Russian invasion on February 24, and that 60,352 others had taken the road of exodus. .

Around 90% of those who fled are women and children. Men between the ages of 18 and 60 can be called up and cannot leave.

UNICEF, the UN children’s agency, said more than 1.5 million children were among those who fled abroad, and warned that the risks of trafficking and exploitation of human beings they face were “real and growing”.

The UN’s International Organization for Migration (IOM) also reported that as of Wednesday, 162,000 third-country nationals had fled Ukraine to neighboring states.

Millions more have left their homes, but remain within Ukraine’s borders. UN and related agencies say some 6.48 million people are believed to be internally displaced in Ukraine as of Wednesday.

UNHCR initially estimated that up to four million people could leave Ukraine.

Prior to the conflict, Ukraine had a population of 37 million in government-controlled areas, excluding Russian- annexed Crimea and pro-Russian breakaway areas in the east.

Distribution of neighboring countries in which Ukrainian refugees fled the war

Six out of ten Ukrainian refugees (2,050,392 so far) have crossed the Polish border, according to UNHCR figures.

“We estimate that a large number of people have continued their journey to other countries,” said UNHCR.

UNHCR said 527,247 Ukrainians had reached Romania, including a large number of people who crossed through Moldova, wedged between Romania and Ukraine, to reach the EU member state.

The vast majority of them then traveled to other countries further afield in Europe.

The Moldovan border is closest to the major port city of Odessa in southern Ukraine. UNHCR said 362,514 Ukrainians had crossed into the non-EU state, one of the poorest in Europe.

Most continue on their way west, towards Romania and other countries.

Doctors Without Borders (MSF), at Palanca crossing point, closest to Odessa, said thousands of people were arriving every day.

According to the NGO, the majority of people passing through are refugees fleeing attacks on Mykolaiv. Local volunteers “welcome them with tea and food, and a few tents,” explains MSF.

The organization specifies that men drop off women and children in cars before leaving for the front.

The number of Ukrainian refugees crossing the Hungarian border has now exceeded 300,000, according to the UNHCR. Hungary has five border crossings with Ukraine.

A total of 245,569 Ukrainians crossed the Slovak border, the shortest in the country.

Some 184,563 refugees have sought refuge in Russia since the start of the invasion. In addition, the UNHCR said 50,000 people crossed the Russian border from the pro-Russian regions of Donetsk and Lugansk in eastern Ukraine between February 21 and 23.

2,548 refugees have traveled to Belarus, according to the UNHCR.