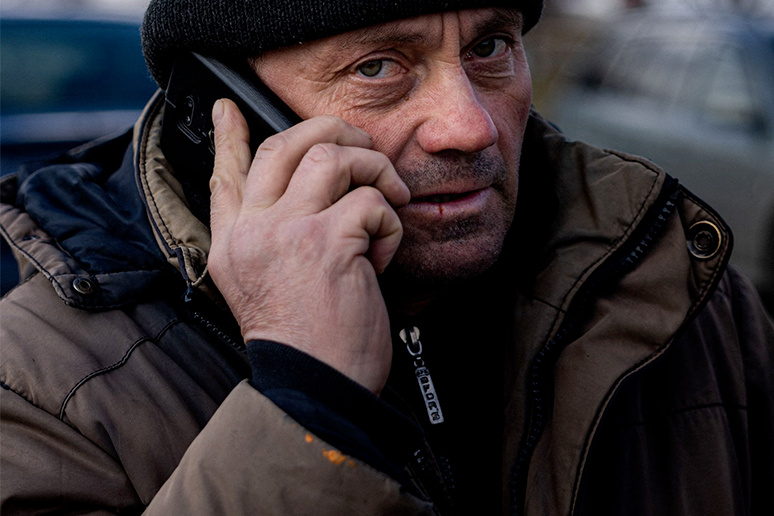 The invasion in Ukraine was preceded by a series of cyberattacks. Government sites have been paralyzed. Commercial platforms have slowed down. From the start of the war, Ukrainians became aware of the importance of maintaining an effective communication network.

“Having apps that can work when you’re offline and without a network is going to become more and more crucial as the Russians continue to move forward,” communications expert Marcus Kolga said in an interview last week. and associate researcher at the Macdonald-Laurier Institute, a Canadian think tank.

Russia does not have control over all Ukrainian servers, said Benjamin Fung, professor at McGill University and specialist in cybersecurity. But Ukrainians are preparing in case of a breakdown, a cyberattack or simply to communicate while trying to escape surveillance.

From the start of the invasion, Ukrainians downloaded different applications: messaging services like Signal and Telegramoffline road maps to escape the country, walkie-talkie style platforms like Zello.

From phone to phone

The app Bridgefy has become particularly popular, according to a list of Apptopia, quoted by the magazine Forbes. It allows Ukrainians to communicate from phone to phone offline. “Usually, to communicate by cell phone from one person to another, it takes a tower, a server, illustrates Mr. Kolga. But apps like Bridgefy and others that act like walkie-talkies don’t need a tower or server. You only have to be near someone else who has this app. »

Protesters in Hong Kong used this tool in 2019 to communicate.

The defect of these modern transceivers is that they operate only within a restricted perimeter. But if enough people use them, apps like Bridgefy create a network on which the signal can ‘bounce’ from one phone to another nearby, up to a certain distance, thus creating a ‘bridge’.

“It takes a lot of people and I can’t comment on security, because I haven’t looked into that, but it’s an interesting way of being able to maintain contact,” said Mr. Kolga.

Other experts, from the University of London, for example, sounded the alarm last summer about potential vulnerabilities in the security of Bridgefy.

The security issues of the various applications are at the heart of users’ concerns. Difficult, on the other hand, to have guarantees on this side.

“Obviously, people try to be as careful as possible, depending on their location, how the information can be used, what they are doing,” notes Gregory Asmolov, a lecturer specializing in the subject at the King’s College London. But every application has its vulnerabilities. There is no one perfectly secure application, although there are different encryption options. »

US billionaire Elon Musk sent a shipment of Starlink satellite internet terminals last week to help Ukrainians stay connected. A donation that has been both welcomed and criticized, in particular by John Scott-Railton, a researcher at the University of Toronto, who noted on Twitter the risks associated with geolocation – another major concern of Ukrainian fighters.

The app Telegram still widely used in Ukraine. It allows you to send private messages, to make calls, but also to follow a “channel” – the equivalent of a page on Facebook, in a way – and to have a discussion between several participants. It offers encryption features, to make it virtually impossible to read intercepted messages.

Some channels have tens of thousands of subscribers. That of the great British information network BBC has more than 205,000 subscribers for its version in Russian.

“ Telegram is very popular in Russia, Ukraine and other countries, so many channels can be seen on Telegram who distribute information,” says Asmolov. There are pro-Russia and pro-Ukraine channels. »

Russia, which controls information on its territory, has threatened more than once to block Telegram within its borders.

“There were technical challenges to get [à le fermer]and it seems that the Russian authorities decided that it was actually a useful tool to distribute disinformation and propaganda from their side,” says Asmolov.

Neither side is immune to disinformation, since networks like Telegram do not assume the role of news media, which are responsible for the content.

With Reuters and Forbes