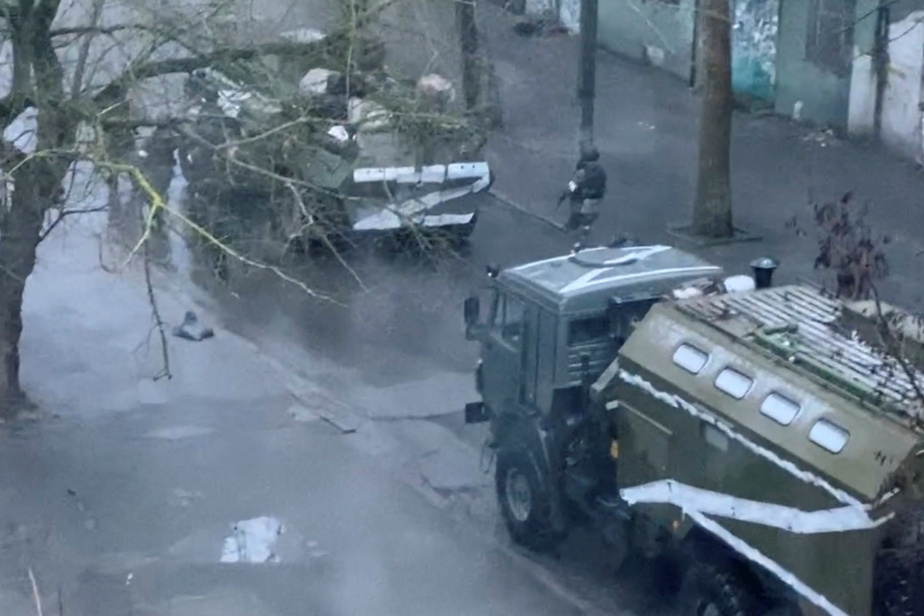 (Kyiv) Ukrainian officials confirmed overnight from Wednesday to Thursday the presence of the Russian army in Kherson, a large city in the south of the country that Moscow announced it had captured in the morning after fierce fighting.

It is the largest city captured by Russian forces since the invasion began seven days ago.

The head of the regional administration, Gennadi Lakhouta, called on Telegram residents to stay at home, indicating that “the (Russian) occupiers are in all parts of the city and are very dangerous”.

The mayor of this city of 290,000 inhabitants, Igor Kolykhaiev, announced to him that he had discussed with “armed guests” in a building of the administration of Kherson, implying, without naming them, Russian troops.

“We had no weapons and were not aggressive. We have shown that we are working to secure the city and are trying to deal with the consequences of the invasion,” he said in a Facebook post.

“We are facing huge difficulties with the collection and burial of the dead, the delivery of food and medicine, the collection of garbage, the management of accidents, etc. “, he continued.

He assured that he had “made no promises” to the Russians and “simply asked not to shoot at people”, also announcing a night curfew in the city and a restriction on car traffic.

” So far, so good. The flag flying above us is Ukrainian. And for it to stay that way, those requirements must be met,” he added.

The Russian army announced on Wednesday morning that it had seized Kherson, located not far from the Crimean peninsula annexed in 2014 by Moscow. This port city and its outskirts suffered intense bombardments.

The Russian army has already seized another key port in Ukraine, that of Berdyansk, and is currently attacking that of Mariupul, where Mayor Vadim Boitchenko assured that the Ukrainian forces “repelled with dignity” the attacks.

“Today was the most difficult and cruel day of the seven-day war. Today they just wanted to destroy us all,” he said in a video on Telegram accusing Russian troops of “shooting at our residential buildings.”

“Unfortunately, critical infrastructure has again been damaged. We are again without light, without water, without heating,” he added.

Ukrainian media also reported the death of eight people, including two children, in bombings in Izium in the Kharkiv region in the north of the country.